Gregory Graham will receive the Phoenix Award at the Action on Film International Film Festival in Las Vegas on 8/25/2018. 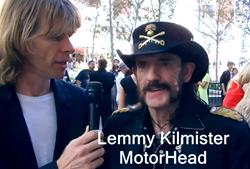 Receiving the Phoenix award is a great honor. I am very proud to have been chosen to receive it, and I dedicate it to my wife and to all my family members and friends.

Actor, Screenwriter, Director, Producer, Real Estate Broker and Mortgage Officer Gregory Graham will receive the Phoenix Award for his creative body of work at the Action on Film (AOF) 14th Annual Film Festival and Writers' Celebration 2018 in Las Vegas on 8/25/2018. This award demonstrates that the body of creative work that Gregory has displayed over the past years (six of which at the AOF fest) is unique and noteworthy. Additionally, Gregory has an interesting background as an industrial engineer and is also a real estate as well as mortgage professional, listing properties in Italy and in the Los Angeles area.

In prior years at the festival, he received several award nominations and won in numerous categories such as music videos, trailers, feature and short documentaries, web series and TV pilots. For example, he won the best dramatic screenplay award and placed within the top 3 screenwriters several times in the AOF writing competitions. Moreover, he won first place in the Web Series competition for his comedic series “The Psychologist”.

In the general creative arena, Gregory has acted in several projects and has worked in a variety of roles including cameraman, screenwriter, director and producer on over 70 film and TV series, as listed on IMDb, with an IMDb Starmeter ranking often within the top 50,000.

Last year, Gregory screened his feature documentary “Heavy Metal Greg Reckless Road Guns N' Roses Tour” at this exciting festival in Las Vegas in the theater of the Palms Casino. This was his first feature film. “I was super proud of this project, because I went to several of the old clubs and locations on the Sunset Strip where Guns N’ Roses made rock n roll history. I was able to recreate a little bit the feeling that was there when important musical events took place, as I documented the writer of this band’s book various recollections of those exciting events that happened about 30 years ago. It was a lot of hard work and fun to direct such an ambitious project about one of the greatest rock bands of all time!” Gregory shared.

Attending the AOF film festival is an experience that should not be missed. According to reviews from many FilmFreeway users, the Action on Film Festival ranks in the top 2% of more than 4,700 film festivals and creative contests around the world. “Attending the AOF Film Festival has always been a highlight of my summer. I enjoy meeting each year the colleagues and long-term friends whom I have met through this festival,” Gregory said. “Receiving the Phoenix award is a great honor. I am very proud to have been chosen to receive it, and I dedicate it to my wife and to all my family members and friends.”

Gregory Graham is an award-winning actor/host/screenwriter/director and has been acting since 2000. He has over 70 IMDb acting credits and has booked roles in several movies as well as TV series such as CSI MIAMI, ROBBERY HOMICIDE DIVISION and TRUST ME. He is also a real estate broker and mortgage officer in Los Angeles.