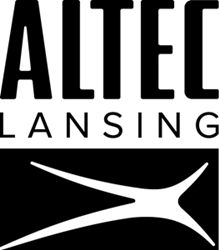 The New York Giants and Altec Lansing, a leading global audio electronics company and innovator in sound, today announced Altec Lansing as an Official Audio Speaker Partner of the New York Giants. Altec Lansing will have significant brand presence at select Giants games and events, including a Listening Lounge activation and additional in-stadium exposure throughout the 2022-23 season.

The partnership will kick off with an onsite activation at the annual Giants Fan Fest on August 5th at MetLife Stadium. The activation will highlight essential moments in Altec Lansing’s illustrious heritage, including key moments in global sports history where Altec provided sound systems, such as the Ontario Motor Speedway, the 1984 Olympic Games, and the installation of Altec Lansing speakers at Shea Stadium. The activation will also highlight the introduction of Altec’s Everything Proof speaker, the launch of the brand’s Hydra line and more. The interactive installation will also encourage fans to add songs to a collaborative playlist and to share song memories from their sporting event experiences.

“Altec Lansing has always strived to provide consumers with the ability to infuse music into their everyday life experiences - and for many that can be while practicing for a sport or on the way to watch a big game. We are thrilled to partner with a historical franchise like the New York Giants,” said Ike S. Franco, Founder & CEO of Infinity Global, the parent company of Altec Lansing. “With both brands being New York institutions, we’re excited to be named as an Official Speaker Partner of the New York Giants where we can provide fans with memorable audio experiences, and unmatched sound quality from products that fit their lifestyle.”

“Music plays an important role in creating a positive and inspiring atmosphere in our building, one which allows our players to thrive,” said Jessica Slenker, Vice President of Corporate Partnerships, New York Giants. “We are excited to partner with Altec Lansing and utilize their high-quality products on both the football and business sides of our organization.”

This partnership marks Altec’s first foray into the NFL space. The brand has previously collaborated with numerous other sports teams providing the sound of sports to fans of NHL teams, MLB teams, and NBA teams. This year, Altec Lansing has also introduced its partnership with Madison Square Garden’s Concert Series, expanding further into the music and entertainment space.

Altec Lansing is widely known for being an innovator and leader in the sound world, with its technology introducing motion picture sound for the first time ever. The brand is now infamous for its Everything Proof line, a brand of speakers that are waterproof, shockproof, snowproof and float in water. For more information on Altec products and partnerships, please visit https://alteclansing.com/.

About New York Giants
A cornerstone franchise of the National Football League, the New York Football Giants began play in 1925. The Giants have won eight championships: 1927, 1934, 1938, 1956, 1986, 1990, 2007 and 2011. After twice winning two titles in five years, the Giants are the only NFL franchise with Super Bowl victories in four consecutive decades. Headquartered at the Quest Diagnostics Training Center in East Rutherford, N.J., the Giants enter their 98th season of play this fall. For more information, visit http://www.giants.com.