The Self-Directed IRA can be a tremendous source of wealth for many investors—which is why it is so important to keep it guarded, according to Jim Hitt of American IRA. 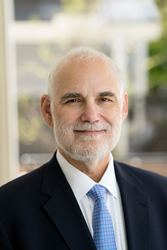 The Self-Directed IRA is a powerful tool

For many Americans, their retirement account is their greatest asset. That is as true for the Self-Directed IRA holder as it is for the casual investor. According to Jim Hitt, CEO of American IRA, in a recent blog post, that is all the more reason for investors to be diligent about their Self-Directed IRA and to guard their wealth closely.

In the post, Jim Hitt pointed to the story of a real estate “rush” in Texas, wherein investors heard rumors that the Disney Corporation was looking to build nearby. Investors, engaging in speculation, were quick to nab up close by property in an effort to build hotels, restaurants, and other businesses to which tourists might flock.

The problem: the rumors never materialized into news. Disney had no such plans. “What does this have to do with a Self-Directed IRA?” asked Jim Hitt in the article, pointing to the fact that many people seem willing to risk their entire fortunes on speculation and rumors.

“You need to exercise extreme caution and check into every detail before you make any payments,” said Jim Hitt in the article.

Because the Self-Directed IRA can be such a powerful source of wealth for those prudent investors who diversify their accounts and continue to build wealth for the long term, the opportunity costs can also be substantial. Those who engage in speculative ventures without doing their due diligence can end up costing themselves untold amounts of money thanks to compounding interest in safer, more diversified investments.

“The Self-Directed IRA is a powerful tool,” says Jim Hitt. “But it is also a tool that investors can sometimes use the wrong way. It is important to remember what’s on the line with any of these investments. That is hard-earned money that is supposed to go toward retirement. Spending all of one’s Self-Directed IRA on a speculative venture without doing any homework…it is just a recipe for disaster.”

“Use this tool wisely,” Jim Hitt said. “Stick with what you know. Being cautious might not be as thrilling, but in the long run, a well-funded retirement is what’s best.”