AppsGeyser, the online Android app tool platform, allows app makers to create Android apps that are viable for all Android devices including tablets. 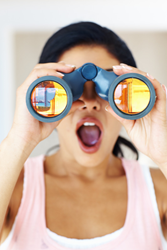 I was worried that the quality of my app would be compromised by using a template that is a one fit for all, but my concerns didn’t last long.

AppsGeyser is the leading Android app tool platform that allows app makers to create an Android app in a click of a button. The easy to use tools have been utilized for app creation since February 2011 to help hundreds of people create applications that are suitable for use on Android mobile devices, including Android supported tablets.

The tablet market has increased drastically in size and AppsGeyser has embraced the importance of providing app making tools that allows an app to be both viable for mobile tablets as well as mobile phones. AppsGeyser’s app templates have the ability to convert to suit the size requirements of different devices offering the app maker a one fit tool for app creation whilst ensuring that the app maker meets the guidelines for tablet use.

The growth of tablet usage has a large impact for app makers as it offers the app maker a new app audience, tablet app usage differs from mobile phone app usage. Tablets are far more user friendly due to the screen size; they are more commonly used for reading, work tasks and media entertainment, a mobile phone device can also offer these activities but on a smaller screen the apps are less effective. Tablets offer the app maker many opportunities for increased engagement and therefore more monetization gains.

Jodie Jones has created a range of children’s educational apps, she told us, “I was worried that the quality of my app would be compromised by using a template that is a one fit for all, but my concerns didn’t last long and I would happily recommend the use of AppsGeyser templates for app creation.”

“Not all App makers realize the potential that the tablet app market has for their apps and fail to plan the tablet audience into their app plans,” explains AppsGeyser Co-founder Vasily Salomatov, “therefore we have created our app templates to be compatible with all Android supported devices so that the app makers can have tablet success without having to create a separate application.”

AppsGeyser, launched in February 2011, is now the biggest Free Android App Builder on the market. AppsGeyser’s popularity has risen by enabling users to create apps with ease for Android devices from any web content in under five minutes. AppsGeyser has seen more than 750,000 apps created on its platform. There have been more than 573 million downloads of its apps.