AppsGeyser, the online Android app tool platform, is proud to report that over 200 of their app makers are now successful Appreneurs with app businesses of over ten apps, each app bringing in thousands of downloads. 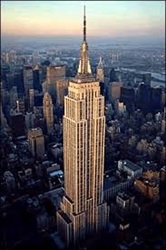 Knowing that our tools and our app making guidelines are making such major changes in people’s lives is more than we ever could have expected to achieve.

AppsGeyser offers app making tools for free on their website, but moreover, they offer their users the opportunity to become Appreneurs. Becoming an Appreneur is a dream of many app makers, and with the support and guidance of the AppsGeyser team, this dream can now, and has for many, become a reality. By following the foundation guidelines set out by the AppsGeyser team, potential Appreneurs are able to plan, build and execute the perfect app business that suits their needs.

To become an Appreneur, an app maker needs to be determined and confident in the development stage. AppsGeyser is there at every step to guide, advise and support all app makers. The most successful of app businesses have a minimum of seven apps, and most have approximately ten apps in their app empire before they feel the benefits of their app business success. AppsGeyser has taken over 200 app makers through these steps are now looking to support more potential appreneurs.

"I have just completed my tenth app with AppsGeyser and I am already beginning to feel the benefits of becoming an Appreneur," Frederik Smyth explained. “I have recently given up my full time job to focus more on my app business now that the apps are providing me with sufficient revenue.”

“Being able to provide app makers with a career and not just an Android app making tool brings us here at AppsGeyser a lot of satisfaction,” AppsGeyser Co-founder Vasily Salomatov explained. “Knowing that our tools and our app making guidelines are making such major changes in people’s lives is more than we ever could have expected to achieve when we opened our business in 2011.”