SnapBooth from Eleven17 Technology Ltd., which has been described as a “must-have for social networking”, lets users easily take a photo -- including group shots, profile pics and selfies – and publish it via a single touch to their Twitter, Facebook, Instagram accounts, share it via email, or send it to their printer. The latest version of the popular no-cost app now features full Instagram integration, iPad and iPhone device sharing, front/back camera option, and more 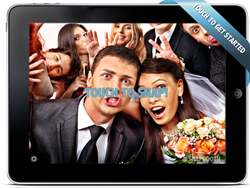 Thousands of people around the world are now using SnapBooth at New Year’s parties, weddings, golf tournaments and more.

Fans of Eleven17 Technology Ltd.’s no-cost iPhone and iPad app SnapBooth – which is being hailed as a unique “personal photo booth” -- can now head to the App Store and download the latest version 3.0, which features several major improvements that have made an already exceptional app even more functional and fun.

SnapBooth, which the app review hub appPicker described as a “must-have for social networking”, lets users easily take photos – including group shots, profile pics, selfies, or anything else that is pixel-worthy -- by activating the app’s built-in countdown timer, and then smiling (or sharing any other expression or gesture they wish) for their device’s camera. All told, the set-up process takes a matter of seconds, and it’s refreshingly easy compared to many other bloated, overly-complicated photo apps.

However, it’s really what happens after the photo is snapped that SnapBooth’s brilliance truly comes to life. That’s because with a single touch, users can share their photo with fans and followers by publishing it to their Twitter, Facebook, Instagram accounts, sending it via email, or even routing it to their printer. Plus, they can add text descriptions, hashtags, @ tags and URLs to attract views and promote sharing.

What’s more, users dealing with low lighting levels can access the app’s built-in Nova Flash integration, which improves color warmth by mixing the light from 20 warm LEDs and 20 cool LEDs. There are no buttons or switches, and the Bluetooth Low Energy (BluetoothLE) device activates automatically.

Still, even with Nova Flash, sometimes photos just don’t pan out. In such cases, users can permanently delete them and restart their quest for something awesome.

And now in the latest version 3.0, SnapBooth users can enjoy several major additions, including:

“SnapBooth originally started out as a fun little app for people to share wedding photos in real time,” commented Sean Villani, founder of Eleven17 Technology Ltd. “But since then, the app has totally taken off! Thousands of people around the world are now using SnapBooth at New Year’s parties, weddings, golf tournaments and more. Plus, restaurant and bar owners are using it to showcase their party nights, companies are using it to publish photos of their marketing events in real-time, and photographers are using it to enhance their photo sessions and add more value to their clients. SnapBooth has really created a lot of excitement around the world, and version 3.0’s new features and functions is designed to take that to an even higher level!”

SnapBooth v3.0 is available at no-cost from the App Store at https://itunes.apple.com/app/snapbooth-photo-booth-selfie/id814533628.

Additional app information, including a video trailer, is available at http://www.snapboothapp.com.

For all other information or media inquiries, contact Mark Johnson on behalf of Eleven17 Technology Ltd. at +1 408 757 0156 or press (at)appshout(dot)com.

Eleven17 Technology Ltd., formerly Villani Consulting, has been in software development for over a decade. Incorporated in Sept 2012, Eleven17 Technology Ltd. (E17) has successfully worked with clients small and large to facilitate growing businesses needs. Developing eCommerce solutions for the likes of Beachtravellers (http://www.beachtravellers.com) to working on enterprise solution software for major players like Cisco Systems, Inc, SnapBooth is E17's first foray into the rapidly expanding mobile software market.