Radiofrequency Nerve Ablation: What’s In It for You? 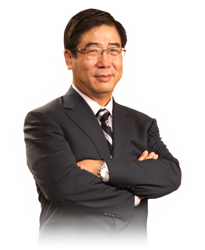 Radiofrequency nerve ablation (RFA) is an emerging technique that can offer back or neck pain relief for up to 18 months.

Strangely enough, getting rid of back pain can involve using a lot of unusual words, such as “radiofrequency nerve ablation” or “facet rhizotomy.” In this case, however, both terms are closely related – and both can deaden chronic back pain by zapping painful nerves along the spine, according to Kaixuan Liu, MD, PhD, founder and president of Atlantic Spine Center.

Radiofrequency nerve ablation (RFA) is an emerging technique that can offer back or neck pain relief for up to 18 months. Similarly for facet rhizotomy, just one of many forms of radiofrequency ablation using a heated probe to disrupt pain signals from the spinal nerves to the brain.

“Radiofrequency uses heat to disrupt the nerves conducting pain signals, while rhizotomy can also be performed using laser energy,” explains Dr. Liu, who is fellowship-trained in minimally invasive spine surgery. “But either way, the advantages to patients are many: Prolonged pain relief with a minimally invasive, quick procedure that boasts a high success rate and a rapid recovery.”

Conditions treated with radiofrequency nerve ablation
Adding to the similarities between the two procedures, some of the same back conditions can be treated using RFA, including:

All RFA patients have one thing in common: long-lasting low back or neck pain that hasn’t been eradicated by using more conservative measures, such as medication or physical therapy. Remarkably the procedure itself is fairly simple: In a surgical center, using mild sedation and local anesthesia, a physician correctly positions the radiofrequency ablation probe with x-ray guidance. After it’s placed along the affected nerves, an electrical current produced by a radio wave heats up a small area of nerve tissue, deadening pain signals there.

Facet rhizotomy is performed similarly, but may also be used for failed back surgery syndrome or facet hypertrophy, a degeneration of the facet joints. “When it’s done, patients get right up and walk around,” Dr. Liu explains. “Side effects are minimal, but the benefits can be huge.”

“Almost three-quarters of patients treated with RFA experience marked pain relief – whether their initial back or neck pain was due to an injury, arthritis or another cause,” Dr. Liu explains. “While the degree of pain relief varies by patient, the effects from RFA sometimes last for years. That’s an extremely good payoff from such a simple procedure.”

Kaixuan Liu, MD, PhD, is a board-certified physician who is fellowship-trained in minimally invasive spine surgery at Atlantic Spine Center.