According to orthopedic spine surgeon Dr. Praveen Kadimcherla, video games have been proven to help dexterity and several other crucial skills surgeons employ in the operating room. 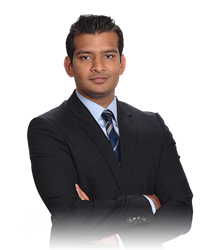 Many patients would never guess that their surgeon might not only like video games, but can use them to do their jobs even better.

October 2014 – The next time you’re scheduled for minimally invasive surgery – such as the types used for many back and neck procedures – you may want to ask your surgeon how often he plays video games. Finding a surgeon who plays as hard as he or she works, at least when it comes to video games, has been proven to help dexterity and several other crucial skills surgeons employ in the operating room, according to Praveen Kadimcherla, MD, an orthopedic spine surgeon at Atlantic Spine Center.

Much research over the past decade has examined how video games – which can be eerily similar to surgical simulators used to train young doctors – enhance surgical prowess by improving hand-eye coordination, reaction time, problem-solving and other abilities surgeons rely on to perform at the highest levels, explains Dr. Kadimcherla, who is fellowship-trained in orthopedic and neurosurgery spine.

“Many patients would never guess that their surgeon might not only like video games, but can use them to do their jobs even better,” says Dr. Kadimcherla. “But it’s a novel idea that has its basis in scientific fact.”

Researchers have proven time and again that “gaming” might be part of a good day’s work for both new and established surgeons. Some of the most convincing evidence includes:

Of course, primitive video games such as Pong probably aren’t as useful to surgeons as World of Warcraft, and not all video games confer the same effects. Those most beneficial to surgeons seem to depend on a game’s content, how often it’s played, what grabs players’ attention onscreen and how players control the motions.

“Whether used as a training tool for traditional “open” surgery, laparoscopic, or robot-assisted surgery – which is also minimally invasive – the relevance of video games far exceeds what we thought it might back in the time of Pacman or Space Invaders,” Dr. Kadimcherla says.

Tips for “screening” your surgeon

If you’re planning minimally invasive surgery to treat conditions of the neck or back, such as those performed by Dr. Kadimcherla and his colleagues at Atlantic Spine, you may want to ask your surgeon if video games happen to be part of his regular routine. Many other factors are indicative of accomplished surgeons – and of course should be taken into account – but a video game pastime might suggest a surgeon’s interest and willingness to stay on top of their professional game, he says.

“A lot of us at Atlantic Spine Center play video games for fun and are gratified to know they’re making us better prepared for our patients,” Dr. Kadimcherla says. “The complex dexterity required to be good at both gaming and minimally invasive surgery are strikingly similar. It’s definitely a win-win situation for everyone involved.”