Author Farad Khan has written a memorable story that encapsulates the story of both countries. 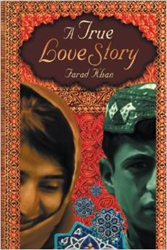 The conflict between Afghanistan and Pakistan is a truly sad and ironic thing. It is made even sadder due to the fact that both countries share the same frontier and inherited common religious, historical and cultural traditions. And, of course, it goes without saying that intermarriage is forbidden between the two cultures. In “A True Love Story”, author Farad Khan has created a beautiful story of forbidden love between an Afghani boy and a Pakistani girl.

“A True Love Story” is a book based on a true story, and it is about the ill-fated relationship between an Afghani boy named Ali and a Pakistani girl named Salma. It shows how they struggled to be together despite the fact that their parents were against their relationship. It also shows how their love later became a curse for them due to their differences. In this enlightening book, the author puts some light on the life of people who live in Asian and third world countries, where abject poverty is prevalent and women have no rights at all and everything is decided by their male family members.

This is a very gripping, catching, and moving story based on facts, and is a considerably difficult book to put down.

About the Author
Farad Khan was born in Afghanistan in 1982 and then was forced to move to Pakistan on the grounds of war in Afghanistan. He finished high school in Pakistan and graduated in 2005 from a business school called Preston Institute and had since been employed as human resources manager, writer, hi-fi journalist, and reader. He first started writing in 1999 for magazines and newspapers in Afghanistan. He lived in the U.K., Germany, Russia, and Pakistan. He is now in Sweden, soon starting a two-year MBA programme in September 2013 at Stockholm University. He lives right now with his family in Stockholm, Sweden, and is working on his new book.

For more information, contact Xlibris at 800-056-3182 or on the web at XlibrisPublishing.co.uk.