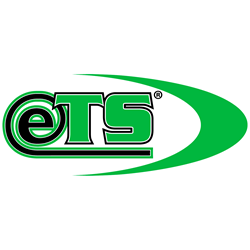 Using eTeamSponsor, we raised 5,000 in a month, there is no comparison to that. There is nothing that I can do that would generate that quickly in a month.

The landscape is changing when it comes to raising money for high school sports teams. Traditional fundraisers can be cumbersome and may not produce the desired financial results. Up-front fees and the lack of immediate access to funds raised are financial burdens for diverse communities like Eastlake High School, near El Paso, TX.

Predominantly Hispanic, and home to a growing military population based at Fort Bliss, Eastlake High School serves a wide array of residents and students from affluent to underserved. So raising money for a girls’ basketball program in just its third year of varsity level competition is a challenge.

With $17 million raised nationally for school sports, eTeamSponsor’s cloud-based, automated crowdfunding enabled Eastlake’s coach Joi Woodard to raise more money faster than ever. In contrast to the traditional tee shirt and cheesecake sales, concessions, or discount books, “We raised 5,000 in a month, there is no comparison to that,” reports Woodard. “There is nothing that I can do that would generate that quickly in a month.”

Using Twitter, Facebook and other social connections of students and parents, the eTeamSponsor sports fundraising solution engages more donors more quickly and efficiently without upfront fees. From these contacts, eTeamSponsor implements an automated crowdfunding program of outreach by email, text messaging, social media, and a hosted team video page that highlights the team’s fundraising goals, progress, incentives, and how funds will be spent.

By leveraging team contacts and outreach to the widest net possible, eTeamSponsor expands the reach and effectiveness of every campaign as friends and family contacts also become advocates for the fundraising campaign to their own social media contacts on Facebook and Twitter.

According to Woodard, “We raised all of those funds within a month and I don’t think there is another platform that can generate that amount of money in that short of a period of time because you can reach a wide variety of people, and they don’t have to be in your general vicinity. It allows you to reach as far as your network allows.”

Not only does eTeamSponor help teams like Eastlake raise 2-3x more money, unlike most fundraising services, eTeamSponsor provides zero financial risk while completing 95% of the work.

“In essence it is 100% profit. It doesn’t matter what we do, we are going to make money,” notes Woodard. “We spent nothing essentially on it. That’s always a positive. You have to put in your time, but there was no monetary contribution on my end. That was very lucrative.“

Additionally, eTeamSponsor has designed a system for coaches to have administrative access with full transparency and real-time updates to track their campaign progress. Coaches also receive an automatic monthly remittance, never receive a bill or invoice, nor handle money.

“It’s pretty seamless. There is fidelity and integrity built into the eTeamSponsor system,” says Woodard. “It’s clear that eTeamSponsor cares about the sports and teams that are using its program. I thought it was a mutually beneficial relationship.”