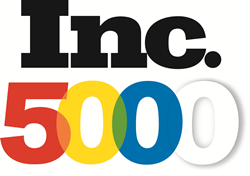 All solar companies offer savings, but it’s our approach that sets us apart,” said Mike Teresso. “It's also about championing renewable solar energy, enabling consumer independence and a solid belief in furthering solutions that protect the environment.

Baker Electric Solar, a full-service solar provider and SunPower Elite Dealer, ranked No. 1926 on the Inc. 5000 list. The list represents the most comprehensive look at an important segment of the economy—America’s independent privately-owned companies. Baker joins other prominent brands featured on this year’s list like Fitbit, Morning Star Financial Services, as well as previous honorees such as Yelp, Chobani, and Tilly’s.

Baker Electric Solar attributes its growth to the considerable solar market opportunity in Southern California, its ability to identify and leverage key market segments and its award-winning service offering. Solid, proven business ethics encompass every facet of the entire company. This includes everything from the first customer touch all the way through the sales process, installation and beyond. It's not just honesty, reliability, responsiveness, expertise and trust. It's genuine caring about homeowners by giving them the ability to save money and enhance their family's lifestyle.

“All solar companies offer savings, but it’s our approach that sets us apart,” said President Mike Teresso. “It's also about championing renewable solar energy, enabling consumer independence and a solid belief in furthering solutions that protect the environment. The extraordinary service and ethics we strive for daily has a source. It's a direct result of the appreciation and importance we place on our greatest asset — our Baker employees.”

“Only a tiny fraction of the nation's companies have demonstrated such remarkably consistent high growth, particularly in the difficult economic environment of the past few years. This achievement truly puts you in rarefied company,” states Inc. Magazine President and Editor-in-Chief, Eric Schurenberg in his announcement letter to Baker Electric Solar.