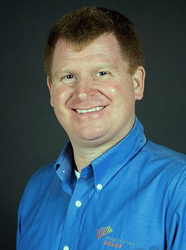 Keith has done an exceptional job of developing his team and delivering results over the last four years. He is our subject matter expert in all things solar and construction,” said Baker Electric Solar President Mike Teresso.

Baker Electric Solar, a San Diego solar company that designs, builds and installs photovoltaic solar power systems across Southern California, is pleased to announce Keith Randhahn has been promoted to director of engineering.

Randhahn joined Baker Electric Solar in 2011 as operations manager. With his new appointment, he has relinquished daily operational management responsibilities in order to pursue new company objectives for continued expansion across Southern California. He will maintain direct management responsibility for pre-construction and engineering functions.

In addition, Randhahn will lead the development of new products and services. As one of the leading solar installers in the region, Baker understands the importance of continuing to improve and add to its established products as well as staying ahead of innovative market trends and industry changes.

Randhahn brings more than 15 years of construction experience to his new role, with the last seven years in the solar industry. Prior to joining Baker almost four years ago, he served as regional operations manager for Global Resource Options Inc. (dba groSolar). He received his BA in industrial and organizational psychology from San Diego State University and his MBA from University of San Diego.

“Keith has done an exceptional job of developing his team and delivering results over the last four years. He is our subject matter expert in all things solar and construction,” said Teresso. “Without his knowledge and dedication to the organization, we would not be where we are today. We have identified Keith as the ideal person to continue leading pre-construction and engineering functions as well as continuing to develop our new offerings -- two key areas for our continued growth.”

Baker Electric Solar is an A+ BBB accredited business.

As an Angie's List award winner, Baker Electric Solar met strict eligibility requirements, including an “A” rating in overall grade.