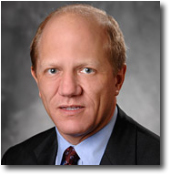 The first part of a two-part investigative news segment aired last night on NBC Nightly News*, covering the allegations made by IVC filter lawsuits filed against Bard.** These lawsuits, filed by persons and the family members of persons who allege they were harmed when a Bard IVC filter broke or failed, have recently been consolidated for pretrial proceedings as multidistrict litigation, MDL 2641 Bard IVC Filters Products Liability Litigation, according to court documents.

“Last night’s news segment brought national press to allegations made by attorneys representing families in IVC filter lawsuits. Until now, the only other source of information the public has had on the safety of Bard's IVC filters are the FDA warnings that were released in 2010*** and 2014.

“Bard IVC filter lawsuits allege that IVC filters are prone to breaking, fracturing, and moving inside the body, allegedly causing damage to the heart and lungs and resulting in stroke and death, according to court documents.

“As attorneys representing clients nationwide in IVC filter lawsuits against Bard, we are committed to getting to the bottom of what really happened when Bard first learned of risks posed by its product. We have been fielding calls all morning from people around the country who were shocked by the contents of the news story.

“As experienced product liability attorneys, we have seen the aftereffects of many dangerous medical devices and pharmaceutical recalls. Aware of the very serious nature of the allegations made by Bard filter lawsuits, we commit our firm’s extensive resources to providing the best IVC filter lawsuit representation possible.”

Each of the existing Bard IVC filter lawsuits has been filed by individuals and family members of individuals who allege they suffered internal injuries when a Bard IVC filter broke, fractured, or moved from where it had been implanted, allegedly damaging internal organs such as the heart or lungs, according to court documents.

Bard IVC filter attorneys for the Onder Law Firm are now accepting inquiries from persons and the family members of persons who suffered injuries they believe are related to a Bard IVC filter. The Onder Law Firm is a recognized leader in multi-district litigation and complex cases such as products liability cases related to defective medical devices and dangerous pharmaceutical drugs. The firm is nationally-renowned for its work on window blind strangulation, and has notable expertise in fighting on behalf of individuals against powerful corporations. Persons and families who believe they may have an IVC filter claim are eligible for a free evaluation with a Bard IVC filter lawyer and may contact the firm through its Bard IVC Filter Lawsuits website.

The Onder Law Firm also welcomes Bard IVC filter inquiries from other law firms, either to handle these inquiries or work as co-counsel.

About The Onder Law Firm
Onder, Shelton, O’Leary & Peterson, LLC is a St. Louis based personal injury law firm handling serious injury and death claims across the country. Its mission is the pursuit of justice, no matter how complex the case or strenuous the effort. Onder, Shelton, O’Leary & Peterson has represented clients throughout the United States, and other firms throughout the nation often seek its experience and expertise on complex litigation. It is a recognized leader in products liability cases such as window blind cord strangulation and pharmaceutical litigation. The Onder Law Firm’s Bard IVC filter lawyers provide information to the public at BardIVCFilterLawsuits.com.