Patrick T. Barone, a Michigan lawyer specializing in the defense of intoxicated driving offers these five tips for avoiding danger on the roadways this holiday season. 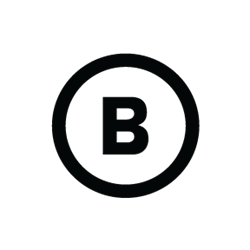 While the roadways on the night before Thanksgiving may have more drunk drivers, these tips apply to just about any weekend night,

The night before Thanksgiving is often cited as the top bar night of the year. With all the college kids back from school, the local bars tend to fill-up with alcohol guzzling young men and women. Some of these kids then end up on the road. Patrick T. Barone, a Michigan lawyer specializing in the defense of intoxicated driving, offers these five tips for avoiding danger on the roadways this season:

1.    Stay off the roads after midnight. Your parents probably used to tell you; nothing good happens after midnight – and when it comes to avoiding potentially intoxicated drivers, it’s still good advice. When people go to the bar and start drinking, the later they
leave, the more likely they are to become intoxicated. “This is why most drunk driving arrests happen after 2:00 a.m.” said Barone.

2.     Avoid areas with high bar & restaurant density. Certain areas within the state have a higher than typical density of bars and restaurants. These include cities like Troy and Royal Oak Michigan. The more liquor licenses, the more potential drunk drivers.

3.    Stay off the Freeways. Again, what you’ve heard is true; speed kills. Simply by staying off highways and freeways you decrease your chances of being involved in an alcohol related crash causing death or serious injury.

4.    Use public transportation. While Detroit may not have the best mass transit system, buses and trains are far less likely to be involved in accidents, especially accidents involving injury or death. So even if you’re not drinking it makes sense to use mass transit.

5.    Keep your car well maintained. It’s important to have good visibility and to be diligent in observing the driving behavior of the cars around you. So be sure to keep your headlights working and all windshields and headlight covers clean. Like they say in football, the best defense is a good offense.

“While the roadways on the night before Thanksgiving may have more drunk drivers, these tips apply to just about any weekend night,” said Barone.

Patrick Barone is the Founding Lawyer and CEO of the Barone Defense Firm. With offices in Birmingham and Grand Rapids Michigan, the Firm’s six lawyers exclusively represent citizens accused of intoxicated driving, including those cases involving injury or death. No other cases are accepted. As Michigan’s largest law firm with this singular focus, the Barone Defense Firm remains on the cutting edge of professional excellence.