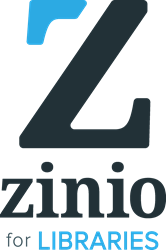 Given our large commuter population, Zinio is every commuter's dream!

Zinio features full-color, digital editions for instant desktop reading, mobile streaming, and mobile-app download. Patrons are able to select both new and back issues, adding them to personal reading libraries with no holds, no checkout periods, and no limits to the number of magazines checked out and downloaded. And with personal notifications for their favorite magazines, patrons never miss an issue!

Patrons have access to 227 magazines in the BCCLS Zinio for Libraries collection, including such popular titles as “OK,” “The Economist,” “Star,” “The New Yorker” and “Newsweek”.

“Zinio became popular with readers shortly after service began,” said Marie Coughlin, Executive Director, Bergen County Cooperative Library System (BCCLS). “The variety of magazines offered makes Zinio suitable for readers with all kinds of preferences, and readers of all ages as well. The interface is easy to use and the magazines appear beautifully on computers and tablets. Readers love being notified when the next issue of their favorite titles is released. And given our large commuter population, Zinio is every commuter's dream!”

There are 77 public libraries with the Bergen County Cooperative Library System in New Jersey’s Bergen, Essex, Hudson, and Passaic counties.