Bed bugs in a Chicago hotel forced a woman to cut her hair. My Cleaning Products, wanting to help others prevent the same incident, gave out some bed bug treatment tips. 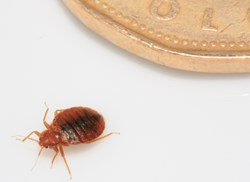 ...it's[Bed Bug Bully]the best being both effective and safe as proven by hotels, hospitals and pest-control companies. Apart from that, it pointed out that it is on EPA's FIFRA 25(b) list.

A guest of a Chicago hotel was forced to cut her hair because of the pesky bed bugs. Stating that the same thing could happen to anyone else, My Cleaning Products then gave out tips how others could prevent a similar incident.

In a report from nydailynews.com posted on January 24, 2014, it was said that guest, Donna Brumfield, alleged bed bugs were discovered in her room on the second day of her stay in a Chicago hotel in October 2012. It related that they were particularly found on the headboard of her bed and left her with bed bug bites in hands, arms, shoulders and neck.

The report relayed that the physician who examined Brumfield worried that the critters might have crawled into her hair as well. And so, left with no choice, she was forced to cut her 12-year-old dreadlocks, it detailed.

Because of the trauma the bed bug incident caused Brumfield, it was also said in the report that she decided to take legal action.

Here is an excerpt from the post “Bed Bugs in Dreadlocks?” by My Cleaning Products.

“A woman's hair is her crowning, so says the saying. However, tennis coach Donna Brumfield had to cut hers unwillingly. And it was all because of the pesky bed bugs.

Briumfield had been growing her dreadlocks for 12 years already. A stay in Palatine Holiday Inn Express in October 2012 though left her with no choice but to chop it off in fear that bed bugs had gotten into her locks.”

Bed bugs are very small that they could hide well even in the smallest cracks and crevices, said MCP. And because it hasn't been proven yet that they don't hide in hair, it stated there was a possibility those critters were indeed in Brumfield's dreadlocks. And because of that, it commented that her response was reasonable.

Nonetheless, My Cleaning Products said that no such thing could happen if bed bugs are prevented. And so, it advised the public to take preventive measures.

As it cited though, those critters are sneaky. Because of that, it added that everyone must also be ready to eliminate bed bugs early. That way, in case they get past the preventive steps, the worst of their effects could be avoided, it stated.

However, when getting ready to get rid of those critters early, MCP said that the public should only go for Bed Bug Bully. Out of all the bed bug sprays, it asserted that it's the best being both effective and safe as proven by hotels, hospitals and pest-control companies. Apart from that, it pointed out that it is on EPA's FIFRA 25(b) list.

To test the product, MCP invites everyone to get a Bed Bug Bully Complimentary Sample at mycleaningproducts.com.