The worsening bed bug problem in Ohio reportedly prompted a call for an emergency meeting. Meanwhile, in order to help the residents, My Cleaning Products gave out tips and complimentary samples of its Bed Bug Bully. 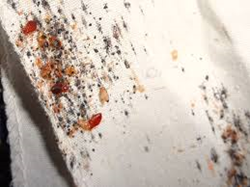 ...it [Bed Bug Bully] is unlike the conventional bed bug sprays as it is made with organic ingredients...it is also effective..that it kills not just adult bed bugs but also their eggs and nymphs.

The cases of bed bugs in Ohio kept on rising. And to remedy it, Cincinnati's state representative called for an emergency meeting, said a report from thecincinnatiherald.com dated February 24, 2014. Meanwhile, reaching out to the residents, My Cleaning Products gave out complimentary Bed Bug Bully, its pesticide-exempt bed bug spray.

In the report, State Representative Dale Mallory (D-Cincinnati) particularly called for a meeting of the Joint Bed Bug Task Force. It was scheduled on February 27, 2014 at 5 p.m. at Theodore M. Berry Center, 880 West Court St., Cincinnati.

According to the news post, the agenda of the meeting would be the measures needed to be taken to solve the worsening bed bug problem in Ohio. However, it added that besides the officials and the member of the task force, pest control companies are also welcome to join.

Here is an excerpt from the report Bed Bugs Spur Emergency Meeting by My Cleaning Products.

“It can't be denied. Bed bugs are now so prevalent. The worse part is, they are not done yet. They continue to spread causing havoc in any place they infest. And with Cincinnati among those cities becoming a favorite spot of them, State Representative Dale Mallory (D-Cincinnati) thought something must be done to control their presence, hence, the call for a meeting.

Actually, in the past few years, a number of cities in Ohio have already been on the annual top ten most-infested ranking. Cincinnati and Columbus are particularly two of those cities that have been on the list for a number of consecutive years. Needless to say, that's very alarming.”

MCP stated that the fact bed bugs are still spreading despite them being already so prevalent should be taken by the people as a warning. That is warning to take preventive measures and ready themselves to kill bed bugs promptly.

As it said, that's because those critters could bring in bed bug bites that could swell and itch for days. Moreover, it cited that they could require a professional bed bug treatment, which could cause a huge spending, if not eliminated early.

However, when getting rid of bed bugs promptly, MCP said not to use chemical-based sprays. It stated that could harm the people's health, even the environment, with their content.

Instead, the company advised the use of Bed Bug Bully. It said that it is the best product for the process for two reasons. First, it cited that it is unlike the conventional bed bug sprays as it is made with organic ingredients. It shared that it is even on EPA's FIFRA 25(b) list for being pesticide-exempt.

As it added, it is also effective. It said that hospitals, hotels and pest-control companies had proven that it kills not just adult bed bugs but also their eggs and nymphs.

To try it, MCP invites everyone to visit its website at mycleaningproducts. It shared that they are giving Bed Bug Bully Complimentary Samples for everyone.