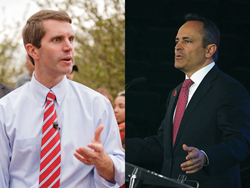 “Political candidates are brands, and voters evaluate candidates in many of the same ways they compare brands when they shop for cars or clothes or beverages,” says Dr. Eccleston. “Ultimately, this is about the way humans think and make decisions.”

Political and campaign strategists may want to consider behavioral science insights in addition to or in place of traditional polling, according to a new analysis from consulting and insights firm LRW. The reason, say LRW researchers, is that traditional polling relies on stated opinion and demographic characteristics, even though less conscious factors play a critical role in all decision making, including decisions made inside the voting booth.

“Brands have really started to embrace behavioral science to better understand their customers, but this practice isn’t nearly as widespread in the political world,” says Collette Eccleston, PhD, who heads up LRW’s Pragmatic Brain Science Institute®. “Simply asking someone who they’re voting for, their age, race, gender, and party affiliation can limit insights. But by applying time-tested psychological research, you can get at the core of understanding motivations that voters themselves may not even understand.”

To test this assumption, LRW fielded a poll in Kentucky in the days leading up to the state’s gubernatorial election. The online survey collected data from 508 Kentucky residents over the age of 18 between October 23 and November 2. It included standard polling measures (e.g. whether they were likely to vote, party affiliation, candidate preference), as well as psychologically based measures, including identification with political parties, identification with candidates, classification based on fundamental needs, and perceptions of candidates at a gut level.

Among the survey’s results and subsequent analysis:

“Political candidates are brands, and voters evaluate candidates in many of the same ways they compare brands when they shop for cars or clothes or beverages,” says Dr. Eccleston. “Ultimately, this is about the way humans think and make decisions.”

What else can political strategists learn if they take a cue from the world’s largest brands and dig deeper into behavioral science to understand their audience? As the Presidential primary season gets underway, Dr. Eccleston and her team will continue to build on their findings with additional research into voters in key early states.

About LRW
LRW is a globally-minded group of data-driven companies best known for its ability to translate deep human understanding and sophisticated data analytics into business success for its clients. LRW has been advising top global brands on issues of strategy, branding, communications, innovation, product development and customer experience since 1973. It is recognized as the most innovative global strategic consultancy and the most innovative insights company in North America. http://www.LRWonline.com