App experts sitting on the Tabby Awards judging panel have shortlisted 98 Android and iPad tablet apps and games as nominees. Tablet users are now invited to vote for the Users’ Choice. 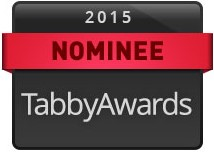 "It was impressive to see all the great nominations this year", said Otto Toth, CTO of The Huffington Post and chair of the Tabby Awards judging panel.

The Tabby Awards, the global competition for the best tablet-optimized apps, announces today the nominees of its 2015 consumer app competition.

Over 200 iPad and Android apps from publishers in 16 countries entered the competition earlier this year.

An international judging panel of independent app professionals reviewed these apps over the past few weeks and rated them across a range of criteria. The selection process, supervised by judging chair Otto Toth, CTO of The Huffington Post in New York resulted in a short list of 98 nominees.

"It is an honor to be part of the judging process for this year's Tabby Awards," said Otto Toth. "The optimized tablet app market is thriving in a major way, and it was impressive to see all the great nominations this year. The best tablet apps keep getting better!”

The full list of finalist apps is available on the Tabby Awards web site at TabbyAwards.com.

The judges will now proceed with a final round and select, in each category, the very best tablet app as a Tabby Awards winner.

In parallel to this judging process, the public will also have its say. Tablet users from across the world are invited to vote at TabbyAwards.com for the Tabby Awards Users’ Choice among nominees in each category, from now until June 14.

Winners and Users’ Choice picks will be announced this summer.

While the consumer app competition is ongoing, The Tabby Awards will soon launch its second 2015 competition, for business and professional apps. Publishers eager to have their app recognized as one of the best mobile apps for work and productivity will be welcome to enter the Tabby Awards /Business competition in the coming weeks. (To be updated on the submissions periods and guidelines, app developers and publishers are invited to sign up for the Tabby Awards mailing list.)

About The Tabby Awards
The Tabby Awards is the only awards program honoring the best tablet-optimized apps worldwide. Every year since 2012, it has been holding two separate competitions: one for consumer apps and games, another one for business and professional apps. In each competition, nominees and winners are selected among submitted apps by an international panel of independent app experts. The Tabby Awards benefits from the promotional support of several organizations including Applause, ITProPortal, Social Times and VentureBeat. For more information, see TabbyAwards.com.

The Tabby AwardsThe only competition for the best tablet apps worldwide