Agora Commodities, nearly one year after they began accepting Bitcoin for payments of gold and silver, is announcing they have done over $10 million in Bitcoin related transactions making them the largest Bitcoin to Bullion dealer on the planet. 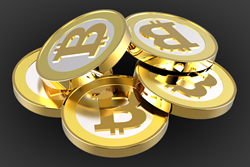 Over $10 million in gold and silver bitcoin sales

2013 was by far the most exciting year to date for the infant crypto-currency known as Bitcoin. Starting the year off at a mere $14 per unit, Bitcoin now sits at over 4000% higher than its initial January 2013 value.

What has spurred Bitcoin higher to such impressive gains was the influx of new investors in the young currency as well as a broader acceptance by traditional businesses willing to accept Bitcoin for payment for goods and services.

Agora Commodities was one of the earlier innovators in the Bitcoin market when they announced that they would begin accepting Bitcoin for payment for gold and silver. Since that time they have done over $10 million in Bitcoin transactions alone. In just under one year Agora Commodities has become the largest Bitcoin to Bullion dealer in the world.

Agora Commodities is the first full service Bitcoin to Bullion dealer. They offer all the most popular gold, silver, platinum, palladium, and rhodium investment grade bullion products at the lowest prices. Visit them on the web or (877) 576-7342 to find out how the can help you secure your financial future.