New IRS Notice Confirms Tax Treatment of Bitcoins as Property and not Currency - Expected To Increase Popularity for Self-Directed IRAs, According to IRA Financial Group

In Notice 2014-21, the IRS stated that it will tax digital money such as Bitcoin like property, not currency confirming Bitcoins as an approved investment for retirement funds 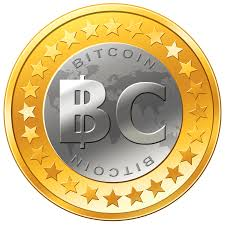 In Notice 20014-21, the IRS stated that it will tax digital money such as Bitcoin like property, not currency - Impact on Self-Directed IRAs

The fact that Notice 2014-21 is treating bitcoins as property, like stock, and not as currency or as a collectible, it should be clear the bitcoins will be an approved investment for IRAs and 401(k) Plans

IRA Financial Group, the leading provider of self-directed IRA LLC and Solo 401(k) Plans has seen an increase in retirement investors looking to use retirement funds, via a self-directed IRA LLC or Solo 401(k) Plan for purposes of purchases digital currency, such as bitcoins. On March 25, 2014, the IRS issued Notice 2014-21, which for the first time set forth the IRS position on the taxation of bitcoins. According to the IRS, "Virtual currency is treated as property for U.S. federal tax purposes," the notice said. "General tax principles that apply to property transactions apply to transactions using virtual currency." By treating bitcoins as property and not currency, the IRS is providing a potential boost to investors but it also imposing extensive record-keeping rules—and significant taxes—on its use. In a notice, the IRS said that it generally would treat bitcoin held by investors much like stock or other intangible property. If the virtual currency is held for investment, any gains would be treated as capital gains, meaning they could be subject to lower tax rates. The top long-term capital gains tax rate is 20%, while the top ordinary income-tax rate is 39.6%, although add-on taxes often make both rates somewhat higher. But as capital investments, loss deductions from bitcoin often would be limited, whereas currency losses can be easier to deduct up front.

The IRS guidance in Notice 2014-21 targets a new crop of digital currencies used by a small number of merchants, consumers and investors. Bitcoin, the best-known of the group, is created using a computer process and can be exchanged for dollars online.

According to Adam Bergman, a tax partner with the IRA Financial Group, although, IRS Notice 2014-21, did not address whether bitcoins would be considered an approved investment for retirement purposes, the fact that the Notice is treating bitcoins as property, like stock, and not as a collectible, it should be clear the bitcoins is an approved investment for IRAs and 401(k) plans and would not violate IRC 408(m), “ The investment in bitcoins via a self-directed IRA LLC or Solo 401(k) plan could prove a very tax efficient manner for transacting with bicoins as use of bitcoin in a retail transaction typically would be a taxable "event" for many buyers, requiring them to figure out the gain they had made on the virtual currency—and eventually pay tax on it, whereas, the gains would likely not be subject to tax with retirement funds, “ stated Mr. Bergman. However, the IRS stated in the Notice that bitcoin "miners"--including people who use computers to validate bitcoin transactions or maintain transaction ledgers—also would be subject to tax on payments received in bitcoin and that "Mining" that constitutes a trade or business would be subject to self-employment taxes. Accordingly, dealers in bitcoin—much like dealers in other types of property—would be subject to different tax principles than individual investors, and their gains generally would be taxed as ordinary income.

According to Mr. Bergman, “ Notice 2014-21 is important because it sets forth some clarity by the IRS about the tax treatment of virtual currencies, but it also raised new questions, such as what government body would be in charge of regulation, as well as if purchased via a self-directed IRA, how would the currency be held by an IRA custodian.

The IRA Financial Group was founded by a group of top law firm tax and ERISA lawyers who have worked at some of the largest law firms in the United States, such as White & Case LLP, Dewey & LeBoeuf LLP, and Thelen LLP.

IRA Financial Group is the market's leading “checkbook control Self Directed IRA Facilitator. IRA Financial Group has helped thousands of clients take back control over their retirement funds while gaining the ability to invest in almost any type of self-directed IRA investment, including real estate without custodian consent.