BMW 6 series 4.4L engines are now for sale as used editions in the performance inventory at the Preowned Engines website at http://preownedengines.com/bmw-6-series-4-4l-v8-engine. 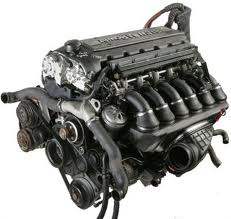 The executive coupe motor vehicles that are now produced by the BMW company for importing into the United States feature a new performance series V8 motor block. The Preowned Engines company is now offering the BMW 6 series 44L engines in used condition as part of its foreign parts expansion this year at http://preownedengines.com/bmw-6-series-4-4l-v8-engine.

Vehicle owners who are hoping to replacing a block at a lower cost for a 640i or 650i BMW vehicle will now be able to complete a purchase of the 4.4-liter blocks on the Internet. The POE company has added the 6 series used builds for immediate purchase, and shipments can now be arranged by buyers.

"The luxury vehicles produced from 2011 to the current year in Europe are now being imported into the United States to capture a percentage of American sales," a sales expert at the Preowned Engines company said.

To help the public find an exact match for a V8 BMW block this year, the Preowned Engines company now features an exact match database online. Codes that define the 4.4-liter like the N63B44 or N55HP are no longer needed to enter to find price data. A precise model year and trim level of a vehicle can be used instead to find current inventory.

"It is easier for a person to search by model of a vehicle compared to a hard-to-find engine code when shopping for a replacement unit," said the sales expert.

The Preowned Engines company is now taking orders for its used BMW 6 series motor inventory on its website and through phone calls. Consumers can make direct contact with an inventory support specialist by calling 1-866-320-1065 within the United States or Canada.

The PreownedEngines.com company is now selling more foreign motor blocks from its website this year thanks to including more network suppliers to its team. The company lists and sells most popular models of vehicle motors at a discount price. The PreownedEngines.com company uses a database to categorize its SKU numbers to help American buyers find price data quickly on the company website.