Booher was chosen out of a national pool of applicants for this distinction. Indiana’s Booher Remodeling Company was featured as one of the top home improvement businesses in the August 2014 issue of Qualified Remodeler, the leading magazine for residential contractors. 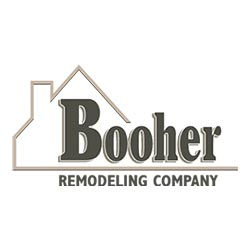 This is the third consecutive year that Booher Remodeling Company has made the national list of the top 500 remodelers.

Thousands of remodeling firms in the United States submitted their business information to the magazine. A third party determined the rankings based on the following qualifications:

Qualified Remodelers ranked Booher Remodeling Company as the one of the best remodeling companies in Indiana. Located in Brownsburg, Booher was named as one of the top remodelers in the state based off the company’s prompt responses to customers’ concerns and the integrity of the professional contracting firm.

This is the third consecutive year that Booher Remodeling Company has made the national list of the top 500 remodelers. Debuting 489th on the list in 2012, the company has reached the 365th position this year. The rise of Booher’s status in the home remodeling industry comes from the owners’ commitment to core values and their ongoing customer satisfaction. “We want to build long-term relationships. We don't want to do just one project — we want to be their contractor for future projects as well,” said Rob and Kathi Booher.

Booher Remodeling’s dedication to its customers has resulted in awards from a number of esteemed organizations. They received the “Angie’s List 2013 Super Service Award,” an honor given annually to less than 5% of companies on Angie’s List. Indiana Builders Association, Better Business Bureau, and National Association of Home Builders have also recognized Booher’s exemplary work.

Since 2001, Booher Remodeling Company has provided remodeling services to residents of Indianapolis, Brownsburg, Carmel, and the surrounding areas. Booher sets a high standard for home remodeling by offering consultation services and maintaining open communication with homeowners during every phase of a remodeling project. To learn more about Booher’s kitchen renovations, bathroom remodels, and other home improvement services, customers can visit BooherBuilding.com or call (317) 852-5546 to schedule a home design consultation.