Brooks Law Office recently won a breach of contract and insurance bad faith case against State Farm that was taken all the way to the Georgia Supreme Court. 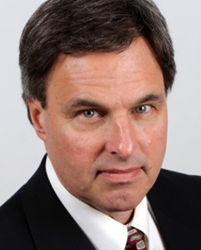 Under Georgia law, any ambiguity in the policy written by State Farm had to be interpreted in favor of our client, the policy holder.

Attorney Eugene C. Brooks, founder of the Brooks Law Office, announced the Georgia Supreme Court has refused to hear State Farm’s appeal of a 2014 verdict in a breach of contract and insurance bad faith case (Case No. STCV1200617 filed in the State Court of Chatham County) against State Farm. According to court documents, the Georgia Court of Appeals affirmed the judgment based on the verdict entered by the trial court. The Georgia Supreme Court’s refusal to consider the State Farm petition to further appeal the jury verdict entered in favor of one of its insureds is good news for Brooks’ client, since the judgement now becomes collectible. Brooks also served as the client’s appellate lawyer.

Court documents state that Brooks’ client (plaintiff) owned a Honda Accord that she had insured under a State Farm policy in 2011. That year, a vandal broke her windows, flattened her tires and scratched her paint. Court documents further state that the plaintiff selected Hernandez Collision Center (HCC) to repair her car (under Georgia law, a person can choose the repair shop of their choice), but State Farm refused to pay for towing costs, full car rental and full costs of repair, all of which were covered by the policy.

According to court documents, State Farm’s insurance policy, form 9811B, was placed into evidence, and testimony was then given by numerous witnesses. State Farm’s estimators testified that the plaintiff’s car could be repaired in Savannah for $5,045. However, court documents state that HCC’s repair estimate was $9,589, over $4,000 more than the State Farm estimate. Shop managers from HCC appeared and testified at the trial.

Court documents further state that State Farm’s refusal to pay full repair costs left the plaintiff owing HCC a balance of $4,297 for her car repairs, and that she paid $1,125 for her rental car. The jury returned a verdict favoring the plaintiff for all damages she sought, plus $5,000, the maximum penalty allowed under Georgia insurance bad faith statute. The jury also awarded her $30,000 in attorney fees.

State Farm appealed the jury verdict to the Georgia Court of Appeals on numerous issues, alleging that the trial court should have dismissed the case, had improperly instructed the jury, and had admitted testimony that State Farm believed to be unduly prejudicial. The Court of Appeals affirmed the verdict without opinion and State Farm then filed the petition to the Georgia Supreme Court that was denied, allowing the plaintiff to execute on the judgement in her favor.

About the NALA™
The NALA offers small and medium-sized businesses effective ways to reach customers through new media. As a single-agency source, the NALA helps businesses flourish in their local community. The NALA's mission is to promote a business' relevant and newsworthy events and achievements, both online and through traditional media. For media inquiries, please call 805.650.6121, ext. 361.