A seasoned veteran of the publishing industry, Reale brings over 30 years of diverse experience to Brown Books. 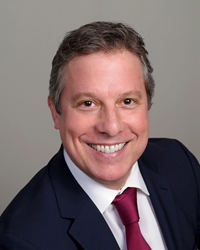 Brown Books Publishing Group today announced the promotion of their Chief Operating Officer, Tom Reale, to the role of President.

A seasoned veteran of the publishing industry, Reale brings over 30 years of diverse experience to Brown Books. In the four years since his arrival, the Texas-based company has experienced sales and distribution growth of more than 900 percent. Publishers Weekly ranked Brown Books No. 2 on their Fast-Growing Independent Publishers list for 2018. Publisher and CEO Milli Brown noted, “Tom’s investment recommendations for increased infrastructure came with some risk to the company, but it’s paid off for our authors.”

In the decades prior to joining Brown Books as Chief Operating Officer in 2014, Reale served in various capacities at Random House, HarperCollins, and Houghton Mifflin Harcourt, among others. He led the pre-merger change initiative Custom Advantage at Harcourt Education, as well as the project management office for product development after Harcourt’s merger with Houghton Mifflin.

In 1994 Brown established the hybrid publishing model with the creation of Brown Books. “We’ve harnessed Tom’s strong experience and knowledge in traditional publishing for our concept of relationship publishing,” said Brown. In describing the model, Reale added, “My friends and former colleagues in New York think it’s funny that, as a publishing executive, I talk with authors all day. I really prefer our collaborative model over the stovepipe organizational structure I’ve seen in traditional publishing.”

When asked to narrow his career experience to his top accomplishment so far, Reale responded, “Being fortunate enough to forward Milli’s vision of entrepreneurship and opportunity for authors is by far the best experience I’ve had in publishing.”