San Francisco personal injury attorney Teresa Li is representing a Chinese flight student who was allegedly kidnapped by his pilot school general manager and the school secretary who attempted to deport him. 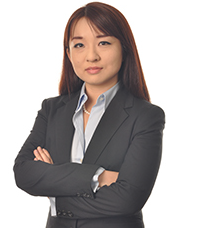 The case (Case No. C19-00283, filed in Superior Court of the State of California County of Contra Costa) stems from the plaintiff, a student at a flight training school, who was allegedly held against his will by the general manager and the secretary (defendants) who then, court documents allege, tried to personally deport him. Attorney for the plaintiff Li, founder of the Law Offices of Teresa Li, PC, filed a civil lawsuit against the defendants and their place of business, IASCO Flight Training school in Redding, CA.

According to court documents, the defendants allegedly confiscated and/or accidentally destroyed and/or damaged and/or impaired and/or deprived the plaintiff of his passport. Court documents further allege that on May 24, 2018, one of the defendants, who by his own admission had three shots of an alcoholic drink, called an employee of IASCO to ask the employee to arrange for the deportation of the plaintiff and another student of IASCO to China. Then around midnight, the defendants arrived at the plaintiff’s student residence uninvited and allegedly asked him to pack his belongings and leave the United States immediately.

Court documents further state that on May 25, 2018, the defendants again arrived at the plaintiff’s residence and negligently and/or recklessly and/or intentionally interacted with him in a way that caused the plaintiff bodily, emotional, and psychological injury. The defendants, after allegedly kidnapping the plaintiff, took him to an airport and tried to send him “back to China.” The defendants were then arrested at the airport.

About Teresa Li, Law Offices of Teresa Li, PC
Teresa Li has been repeatedly selected by Super Lawyers Magazine as a Super Lawyers Rising Star and has been included in the Top Women Attorneys in Northern California list. Practice areas include brain injury, truck, bike and motorcycle accidents, wrongful death and more. Li is a member of the Litigation Counsel of America, in which only 0.5% of attorneys are invited to join. For more information, please call (888) 635-3259, or visit http://www.lawofficesofteresali.com. The law office is located at 315 Montgomery Street, 9th Floor, San Francisco, CA 94104.