The Owners’ Counsel of America, a nationwide organization of leading eminent domain lawyers, is pleased to announce that Mobile condemnation attorney, Casey Pipes, has been selected as the Alabama member of the association. 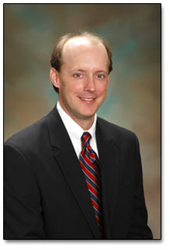 Mobile, AL condemnation attorney Casey Pipes has been selected for membership with the Owners' Counsel of America.

I am honored and humbled to be asked to join the Owners’ Counsel of America. I look at the other OCA members as being the leaders in their states, and in the country, in the field of eminent domain.

Casey Pipes was recently named the Alabama representative of the Owners’ Counsel of America (OCA), a nationwide network of eminent domain lawyers dedicated to representing property owners in condemnation and property rights litigation. Mr. Pipes, a shareholder at the Mobile, Alabama law firm of Helmsing, Leach, Herlong, Newman & Rouse, P.C., succeeds his law partner, Warren C. Herlong, Jr., who was one of OCA's charter members and who has now become an Emeritus Member.

Casey Pipes is a 1993 graduate of Washington & Lee University and a 1996 graduate of the University of Alabama School of Law. He joined Helmsing, Leach, Herlong, Newman & Rouse as an associate in 1996, and is now the managing shareholder and president of the firm. Mr. Pipes is the former Chair of both the American Bar Association (ABA) Real Property, Trust and Estate Section’s Condemnation Committee (2013-2015) and the ABA Section of Litigation’s Condemnation, Zoning and Land Use Committee (2010-2013).

Mr. Pipes’ work in the field of real estate litigation, which includes his eminent domain practice, has also been recognized by other organizations such as the The Counselors of Real Estate® which invited him for membership in 2014. Mr. Pipes holds Martindale-Hubbell’s® highest lawyer rating, AV Preeminent, and he has been recognized by Best Lawyers® as the 2016 Mobile, Alabama “Lawyer of the Year” for real estate litigation.

The Owners’ Counsel of America is a nationwide network of eminent domain and property rights attorneys dedicated to protecting the rights of private owners large and small, locally and nationally, and to furthering the cause of property rights. Lawyers affiliated with OCA are in private practice in nearly every state and represent landowners against federal, state, and local governments, utilities, redevelopment authorities and others that have the power of eminent domain or engage in land-use regulation. Locate an eminent domain lawyer in your state at http://www.ownerscounsel.com.