The Managing Partner of Salvi, Schostok & Pritchard P.C. says proposed restrictions on using the device while driving are a “common sense” approach to reducing the risk of distracted driving accidents, injuries and deaths across Illinois. 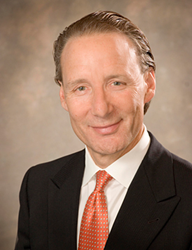 [A] ban on using Google Glass while driving seems to simply be a common sense approach to reducing the risk of distracted driving accidents.

Chicago auto accident attorney Patrick A. Salvi voiced his support for a proposed bill that would bar Illinois drivers from using Google Glass.

“In recent years, our law firm has seen distracted driving become a serious problem in Chicago and elsewhere in Illinois, specifically drivers causing accidents because they were distracted when using their cell phones to talk, send texts or surf the Internet,” said Salvi, the Managing Partner of the Chicago personal injury law firm of Salvi, Schostok & Pritchard P.C.

“Based on what we know of Google Glass, it carries the risk of being a distracting device as well,” Salvi said. “So, a ban on using Google Glass while driving seems to simply be a common sense approach to reducing the risk of distracted driving accidents.”

State Sen. Ira Silverstein (D-Chicago) filed the bill, S.B. 2632, in December 2013 in the Illinois General Assembly. The bill would prohibit drivers from operating a motor vehicle while wearing a “mobile computing headset” except under limited circumstances.

The ban would not apply to police and emergency responders carrying out their official duties, drivers communicating with emergency personnel or drivers who are parked on the shoulder of a roadway.

According to Reuters, a proposed ban in Delaware received support from that state’s Developmental Disabilities Council, which stated its belief that drivers’ use of headsets such as Google Glass could lead to more car accidents and, in turn, more spinal cord and traumatic brain injuries.

The Associated Press describes Google Glass as a device that “features a thumbnail-size transparent video display on a lens in front of the user’s right eye.” (“Chicago Legislator Wants to Bar Drivers from Using Google Glass,” Associated Press, December 7, 2013.)

The device allows users to make phone calls and access the Internet. It is expected to hit the mass market in the U.S. later this year.

Salvi, whose firm represents car accident victims and their families in Illinois, said that distracted driving has become so common that it is now standard procedure for attorneys to request cell phone records when investigating crashes.

“However, we are encouraged that this problem can be significantly reduced through new laws in Illinois and by increasing public awareness of the dangers of distracted driving,” Salvi said.

As Salvi pointed out, a law went into effect in Illinois on January 1, 2014, which bars drivers from using hand-held cell phones.

Illinois law also prohibits drivers of all ages from texting while driving. Drivers ages 18 and under are prohibited from using cell phones of any kind (hand-held or hands-free). Restrictions on cell phone use also apply to drivers going through school and construction/road maintenance zones.