Premises liability lawsuit filed by the law firm of Salvi, Schostok & Pritchard P.C. alleges that defendants failed to take reasonable steps to secure the safety of customers and guests. 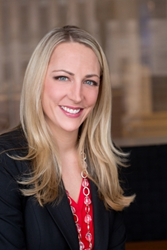 The lawsuit alleges that the defendants failed to take reasonable steps to secure the safety of customers and guests.

Attorney Tara Devine of the law firm of Salvi, Schostok & Pritchard P.C. filed a premise liability lawsuit in Cook County Circuit Court today on behalf of Karla Gress, a 49-year-old woman who alleges that she was raped at the Holiday Inn Chicago – Skokie located at 5300 West Touhy Avenue in Skokie, Illinois, by a hotel security guard.

According to the premises liability lawsuit (Case No. 2015L001314), on October 2, 2013, Mrs. Gress, of the Dallas, Texas area and mother of three, was staying at the Holiday Inn Chicago – Skokie, alone on a business trip. Mrs. Gress is a senior application consultant who provides training on software to medical staff, the complaint states.

After finishing up work at a nearby hospital, Mrs. Gress went to the restaurant Bar Louie, located inside the hotel, where she was staying for the week, according to the lawsuit. The hotel’s security guard, Alhagie Singhateh, may have placed a drug in a drink consumed by Mrs. Gress without her consent, the complaint alleges.

The complaint alleges that Alhagie Singhateh, unlawfully and without Mrs. Gress’ consent, entered her hotel room that evening. It was during this time, Alhagie Singhateh raped Mrs. Gress, while he was on the clock, as an employee of the Holiday Inn Chicago – Skokie, the lawsuit alleges.

Within 24 hours, Mrs. Gress reported the rape, and her rape kit came back positive, and the DNA test that was taken afterwards showed that Alhagie Singhateh was a match, the complaint alleges.