Consensus Survey of 248 leading scientists finds: • Widespread support for the introduction of lights that support circadian health • Recommends placing warning label “may be harmful if used at night” on blue-enriched LED lights • Disrupting circadian rhythms can cause ill health 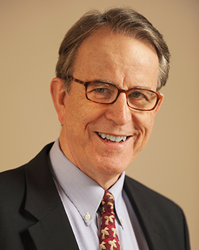 "Fewer than 0.5% of lights sold today protect circadian health by altering their blue content across day and night. So, we asked the leading scientists who work on circadian rhythms and light whether they agreed," said Dr. Martin Moore-Ede, M.D., PhD.

Many of the lights sold today are causing major health problems, including obesity, diabetes, and breast cancer. Why? They are blue-enriched LEDs, which play havoc on people's circadian rhythms during the evening hours. Today the Circadian Light Research Center released the results of a consensus survey of 248 leading scientists, which confirms that human circadian clocks are highly sensitive to blue wavelengths, and exposure to insufficient daytime blue-rich light and excessive blue-rich light at night, leads to many major health disorders.

Lead author Martin Moore-Ede, M.D., Ph.D., director of the Circadian Light Research Center and a former professor at Harvard Medical School, said, "Fewer than 0.5% of lights sold today protect circadian health by altering their blue content across day and night. Many people in the lighting industry claim that the circadian science is not sufficiently mature to incorporate into lights. So, we asked the leading scientists who work on circadian rhythms and light whether they agreed."

About the study: All scientists on PubMed who had published four or more peer-reviewed scientific papers since 2008 on circadian + light were invited to participate. Two hundred forty-eight of these scientists, who had published a total of 2,697 peer-reviewed publications on light and circadian clocks since 2008, completed an online survey with 40 potential consensus statements. They were asked to assess for each statement whether there was "no evidence,” "limited" evidence,” "good evidence," or "well established.” Consensus was established for 24 of these statements, where more than 2/3 agreed there was "good evidence" or it was "well established.”

The study titled Lights Should Support Circadian Rhythms: Evidence-Based Scientific Consensus was published online on Research Square, a preprint server, and submitted for peer-reviewed journal publication. It reports there was a scientific consensus on the following:

There was also Consensus about the key role of the blue wavelengths in white light:


The scientists also agreed that:

Professor Sean Cain of Monash University in Australia, an author of the study, said: "Exposure to blue-enriched LED light in the evening and night hours raises significant health issues because the human circadian system is highly sensitive to blue light near the 480 nm peak sensitivity of the melanopic intrinsically-photosensitive retinal ganglion cells (ipRGCs) in the human retina. Even small amounts of blue content in white LED light during nocturnal hours can cause circadian disruption and increase the risk of health disorders."

Other authors include Professor David Blask of the Tulane University School of Medicine, Professor Randy Nelson of West Virginia University and Dr. Anneke Heitmann of the Circadian Light Research Center.

Since 2013 electric lighting has been transformed by the introduction of highly energy-efficient LED (light-emitting diode) lights and the progressive regulatory-enforced phase-outs of other less efficient light sources, including incandescent, halogen, CCFL, and fluorescent lights. However, most LED lights optimize efficacy by utilizing a blue chip which increases the relative percentage of blue content in the white light spectrum compared to other light sources.

For over 40 years, Dr. Moore-Ede has been a leading world expert on circadian clocks and the health problems caused by electric light at night. As a professor at Harvard Medical School (1975 – 1998), he led the team that located the suprachiasmatic nucleus, the biological clock in the human brain that controls the timing of sleep and wake. He pioneered research on how circadian clocks regulate the timing of body functions. Since 2010, he has led the Circadian Lighting Research Center team that identified the key blue signal that synchronizes circadian clocks and developed patented LED lights, which provide circadian-optimized light across day and night based on comprehensive medical research. The effectiveness of these circadian-modulated lights in improving health and well-being has been validated by installing them in the 24-hour operations of Fortune 500 companies and hospitals. He has published over 180 scientific articles and authored ten books, including the best-selling books, The Clocks that Time Us, and The Twenty-Four Hour Society and he has a forthcoming book The Light Doctor: The Science and Solutions for Replacing Your Lights Now to Protect Your Health. For more information visit, https://thelightdoctor.com.