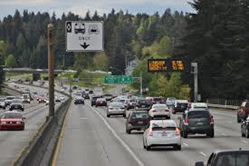 Most Southern California residents get on the road every day and it's all too easy to take our safety for granted.

Simple things like leaving enough time to get to a destination in so there’s no need to rush or speed can make the difference between life and death.

An October 7 article on NBC Los Angeles reported on a mother’s second chance at a more normal life despite losing her arm after a collision which caused her car to roll over several times. The woman might well have lost her life as well as her arm if it weren’t for fellow motorists who rushed to her rescue, including a US Marine who made a tourniquet to stop the bleeding. The woman’s family is reportedly holding several fundraising events in order to purchase a new prosthetic arm, which they say is not covered by insurance. Legal Defenders at the Law Offices of Burg & Brock, a Los Angeles-based personal injury law firm, says that while this mother is lucky to be alive, her story is a good reminder for all drivers to exercise caution on the road in order to prevent accidents that can be both physically and financially debilitating.

Legal Defenders encourages motorists to take all relevant preventative measures while driving, as basic as they may seem. Simple things like leaving enough time to get to a destination in so there’s no need to rush or speed can make the difference between life and death, says the law firm. Especially in poor weather conditions, slowing down ensures the driver has better control over the car and can safely maneuver around any flooded areas on the highway. The firm adds that staying focused on the road and one’s surroundings can be all the difference between a safe journey and a costly and potentially deadly collision. If an email or text cannot wait to be answered until the driver reaches their destination, the Los Angeles legal team urges motorists to safely pull over rather than text and drive as even the shortest lapse in attention to the road can be devastating. Texting and driving is just as bad, and potentially worse, than drinking and driving.

The law firm adds that there’s nothing more important than safety. When accidents occur, the firm says that the costs that follow can easily snowball into ruinous debt. From the physical toll an accident may cause on the body to financial hardship caused by issues with compensation or insurers who may be slow to pay the appropriate amounts, Legal Defenders says undergoing these costly situations is never worth the headache if it can all be avoided by being extra careful on the road.

Readers who would like to learn more about Legal Defenders at the Law Offices of Burg & Brock can call (818) 641-1266 or visit the firm’s website at http://www.legaldefenders.com/.