Renowned family law attorney Scott J. Brook, also the Mayor of Coral Springs, Florida, is pleased to announce the reopening of his family law practice that will serve clients throughout the Tri-County region. 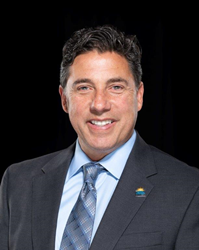 Reopening my firm grants me the privilege to work even more closely with the many wonderful families in the region that I am proud to call my neighbors.

Scott J. Brook, a renowned family law attorney, who is currently serving his third term as Mayor of Coral Springs, Florida, will reopen his own law practice in order to better serve clients throughout the Tri-County region.

Brook was formerly a partner at the law firm of Brodzki Jacobs & Brook, alongside Andrea Jacobs and Nancy Brodzki.

“Reopening my practice will allow me to better serve Palm Beach, specifically Boca Raton (where he plans to open an office soon) while still providing excellent family law advocacy in Broward and Miami Dade,” Brook said. “I’m proud to have called Andrea and Nancy my partners and I wish their new firm great success.”

From 2002-2006, Brook served as a City Commissioner for Coral Springs. He was then elected Mayor, serving the community over two terms from 2006-2010.

As Mayor, Brook was part of the City team that achieved the First Malcolm Baldrige National Quality Award given to a City in 2007. He traveled with a local delegation to be recognized by President George W. Bush in the Oval Office in 2008.

Brook became Mayor again in March, 2019 after a special election was held to fill the term of Mayor Skip Campbell, following his unfortunate passing in October, 2018.

“Since taking office, I have remained focused on my family law practice while serving the City of Coral Springs with the support of excellent staff, volunteers and my family,” Brook said. “Reopening my firm grants me the privilege to work even more closely with the many wonderful families in the region that I am proud to call my neighbors.”

Brook is the Founder of the Coral Springs Customer-Involved Government Committee and is again a member of the Board of the City’s Charter School, as he was throughout his prior tenure in Government. He works as a motivational speaker for youth and various charities.