Credico UK React to Claims the UK Economy is Slowing

With recent reports suggesting that the rate of economic growth in the UK is set to take a more leisurely pace, Field Marketing Agency Credico UK has released a statement on what brands can do to secure a consistent sales revenue during this period of economic uncertainty. 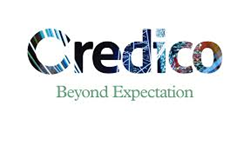 Recent figures published by the International Monetary Fund have revealed that the rate of economic growth in the UK and USA is set to take a slower than expected pace.

Recent figures published by the International Monetary Fund have revealed that the rate of economic growth in the UK and USA is set to take a slower than expected pace. The IMF stated that due to ‘weaker than expected activity’ at the start of 2017, their predictions for the growth of the UK economy had been downgraded from 2 percent to 1.7 percent.

Speaking on the reasons behind this change of pace, the IMF confirmed that the UK’s current Brexit negotiations had played a considerable role. Speaking to the BBC, IMF's chief economist Maurice Obstfeld said that; 'We have long predicted that Brexit would have some negative long-term effects.’ However while acknowledging that the uncertainty surrounding how Brexit would ultimately impact the economy, it has been the slow start to the year that has been the driving force behind the downgrade.

However, while the overall growth of the economy is set to be lower than expected, there is some good news to come from the IMF report. Employment was noted as being at a record high suggesting that economic climate for 2017 isn’t all doom and gloom.

Credico UK understands that in light of this report, many UK businesses may be concerned as to their potential performance over the remainder of 2017. ‘When the economy is weaker, it’s no surprise that consumers tighten their belts. In these situations, brands have a greater, more immediate responsibility to offer customers the support they need to feel confident in how and where they are spending their money,’ outlined a spokesperson for Credico UK.

The firm is adamant that the greatest tool at brands disposal in securing customer confidence and a consistent sales revenue is face to face interactions. This form of interaction allows brands precious time to engage with individual consumers, taking on board their queries and concerns and offering them tailor-made solutions. ‘This approach is all about creating a safe and open dialogue for consumers and providing a personalised brand experience. It puts consumers at the heart of the sales and marketing process and builds the trust and confidence needed to generate long term brand loyalty,’ concluded Credico UK.