Schwartz Has Been Selected and Certified by the Illinois Supreme Court 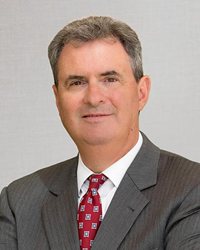 On September 26, 2018, Chief Circuit Court Judge Daniel P. Guerin announced that David E. Schwartz has been appointed and certified by the Illinois Supreme Court. David was selected for the Office of Associate Judge for the 18th Judicial Circuit Court and is filling the vacancy created by the resignation of Judge John W. Demling.

Of Mr. Schwartz’s appointment, Appellate Court Justice Terrence Lavin said, “Dave Schwartz has the right combination of brains, heart and judgment that one wants to see in a judge. I’m confident that his new colleagues will enjoy his professional presence on the DuPage County bench.”

Former Presiding Judge William D. Maddux (Ret.) commented, “I have had the privilege of watching Dave develop as a lawyer and I am so proud of his appointment to the DuPage County Judiciary. He is diligent, passionate and even tempered. He lives by the creed: ‘Don’t raise your voice, improve your argument.’ He will make an excellent judge.”

Mr. Schwartz joined Kralovec, Jambois & Schwartz in 1990 and has managed the firm’s Glen Ellyn office since 2007. He has handled cases in numerous counties in Illinois, including DuPage, Cook, Lake, Will, Kane, Winnebago and McHenry. His primary focus has been on plaintiff personal injury law, but his career as an attorney has led him into many diverse areas of civil litigation. Mr. Schwartz has been recognized by Illinois Super Lawyers and the Leading Lawyers Network in the field of personal injury law and is AV rated by Martindale-Hubbell.

David is a life-long resident of Glen Ellyn and he, along with his four children, are graduates of Glenbard West High School. He has tried numerous cases with his son, Jeffrey, who will be continuing his father’s fine legacy with Kralovec, Jambois & Schwartz.