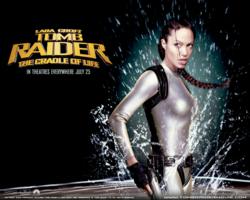 DebitWay's Corporate Blog has put together a list of the best three game to movie adaptations and another that lists three movies that have great potential as games. Getting inspired by the recent E3 announcement of an upcoming Need For Speed movie, DebitWay has begun a conversation about this genre on their blog.

The first compilation, Three Movies That Should Be Made Into Games (And Surprisingly Haven’t Yet), lists the popular 1995 movie Jumanji, and more recent super hit successes Inception and Hangover. The blog also talks about the mechanics of the game plot and the various levels, bonuses, points required to succeed in these potential games. While Jumanji, being based on a board game itself, is an easy conversion into an online or social board game with computerized dice and players, Inception and Hangover have been presented as potential multi-player games. Because of the wide cast in the movies, both plots offer players a selection of any character they would like to be and each character would have a speciality and a character specific mission. The blog has also accounted for level-ups, points and in-game purchases.

The second list, Three Best Game to Movie Adaptations, has gone the other way around and talks about the three best movies that have originated from video games. DebitWay has listed Prince of Persia, Max Payne and Lara Croft Tomb Raider: Cradle of Life as the best three adaptations, also mentioning Final Fantasy and Resident Evil for coming up close to the top. The blog mentions that the great characterization by the actors, the close-to-the-game plot and the action portrayed in the movies while involving the basic elements of the game plot make these movies pull out on top from the large number of such films in this genre.

DebitWay’s Regional Business Development Manager, Rod Tomita, has commented, “At DebitWay, we eat, breathe and think games. Apart from Payment processing that is. So it was natural for our team to come out with a list of movie to game and vice versa adaptations.” Rod Tomita added that he would love to see some of the films from the first list, which can be converted to games brought to reality by game developers. “If a developer decides to make this adaptation, he can know that he has DebitWay on board as a payment processor for his game,” he said.

DebitWay’s other gaming partners have already reported record sales for their Q1 and have projected an even greater amount for Q2 using the INTERAC® Online system offered through DebitWay.