The funding of the settlement negotiated on behalf of DePuy ASR patients who had their devices taken out prior to August 31, 2013 became final today when DePuy Orthopedics and its parent company Johnson & Johnson announced they would fund the multi-billion dollar deal. 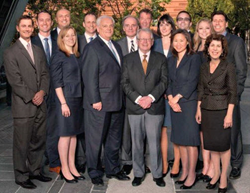 The proposed settlement announced in November 2013 had been made to patients who underwent a second operation, called a revision surgery, to remove the faulty ASR and replace it with another hip prostheses. Walkup Melodia lawyers Matthew Davis, Khaldoun Baghdadi, and Michael Kelly were part of the settlement negotiation and oversight team that brought the deal to fruition. Approximately 7,200 American ASR patients -- more than 94% of those who were eligible -- decided to accept the settlement. DePuy and J&J had announced a requirement that at least 94% of patients would be required to accept the proposal for funding to occur. (Los Angeles County Court record BC456086)

DePuy and J&J will now deposit the funds in an escrow account while a neutral third party processes the thousands of individual claims. The first settlement payments are expected this summer and will be made on a rolling basis thereafter.

DePuy began selling the ASR in the US in 2006. In 2009, the lawyers at Walkup, Melodia, Kelly & Schoenberger filed the very first lawsuit alleging that the device was defective. Walkup partner Michael Kelly was co-lead trial counsel in Kransky v. DePuy, which resulted in an $8.3 million jury verdict for his client. The firm represents 300 ASR patients who have suffered harm as a result of the device, and continues to file new cases on behalf of new clients who are experiencing early failure.

Roughly 5% of eligible patients elected to reject the settlement. Those cases will remain active in the courts.

About 35,000 ASR devices were implanted into American patients between 2006 and August of 2010 when DePuy recalled the ASR. Early statistical analyses suggested that the failure rate tends to peak approximately four years after the device is implanted in the patient. Medical experts have predicted that thousands of additional ASR patients will likely undergo revision surgeries in the next 24 months.

Classic metal-on-metal artificial hip failure modes experienced by Walkup clients include pain, clicking, loosening, dislocation, high cobalt and chromium levels in the blood, as well as x-ray evidence of pseudo tumors and muscle damage. Some ASR patients experience pain and other symptoms when the device fails. However, many ASR patients are asymptomatic even as the device sheds toxic metal debris that kills the tissue around their hip joint. Doctors therefore recommend that all ASR patients undergo regular blood tests to check the level of metal ions in their system and MRIs to check the health of the tissue and bone around their hip joint.

If you were implanted with an ASR device and would like to know more about your rights then please contact Walkup, Melodia, Kelly & Schoenberger partner Matthew Davis at mdavis(at)walkuplawoffice(dot)com or (415) 981 7210, or toll free at ( 888) 799 3968.