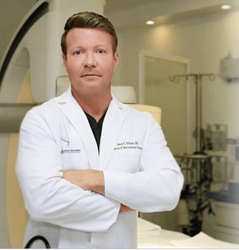 “We are closer than ever to finding a cure for cancer, and while there is further to go before this deadly disease is fully eradicated, with this book we bring about the beginning of the end. The immunotherapy revolution has begun.”

Dr. Jason R. Williams has already achieved big things in 2019. He was nominated for the Vince Lombardi Cancer Foundation “Leaders for a Cure” Award for his excellence in advanced alternative cancer treatments– and won the honor in January 2019. The patient of Dr. Williams responsible for the award nomination said, “Dr. Williams not only saved my life. He saved my body from being cut up and poisoned beyond repair. If anyone deserved this award– it’s Dr. Williams.”

This month the medical doctor, board-certified radiologist, image-guided oncologist, researcher, and professor, adds bestselling author to his already accomplished resume. The book called “The Immunotherapy Revolution” details his research and findings from the past fifteen years and has already created a buzz. The book contains information on how cancer patients can enhance their chances of a successful treatment, including tips on supplements, off-label medications, and the importance of the microbiome.

His patient now in cancer remission notes, “With Dr. Williams, I found a profoundly knowledgeable, experienced physician providing a cancer treatment that had virtually no adverse effects and no irreversible side effects, it was truly a miracle. His book is a godsend to anyone and everyone affected by cancer– and beyond.”

Due to his radiology background, he has mastered the art of image-guided procedures to directly inject the tumor with the ideal combination of immunotherapy agents to ensure direct delivery and stimulate the immune system to attack the cancer cells.

“My goal is to use the most advanced therapies, innovating ways to treat cancer in a more effective, less invasive manner. We all need to look beyond traditional approaches into uncharted territories,” notes Williams. “We are closer than ever to finding a cure for cancer, and while there is further to go before this deadly disease is fully eradicated, with this book we bring about the beginning of the end. The immunotherapy revolution has begun.”

To schedule a time to interview Dr. Williams, please contact Claudia Salerno at (858) 265-7151 or email at [media(at)immunotherapyrevolution(dot)com].

Dr. Jason R. Williams is a medical doctor, board-certified radiologist, image-guided oncologist, cancer researcher, and professor. He is one of the pioneers of immunotherapy, specializing in intra-tumoral interventions. He performed the world’s first ablation procedure with an intra-tumoral injection of a specific combination of immunotherapy agents, thus leveraging the actual process of ablation as an immunotherapy agent itself. Since then, he has performed thousands of procedures —many of them “first in human”— in multiple areas of ablation and cryoablation therapies.

Dr. Jason is the Director of Interventional Oncology and Immunotherapy at the Williams Cancer Institute, where he has been advancing the use of intra-tumoral immunotherapy. He is also an adjunct professor at Case Western Reserve University in Cleveland, Ohio— helping to further cutting-edge research. In addition, he is actively involved in private research combining numerous different immunotherapy agents for image-guided intra-tumoral injection covering virtually all cancer types. He lives part-time in Atlanta, Georgia and Mexico City, Mexico. To learn more about Dr. Williams and his clinic, visit http://www.WilliamsCancerInstitute.com.

Committed to further advance research in intra-tumoral immunotherapy and help those who are struggling financially to cover medical care, Dr. Williams is donating all proceeds from the book “The Immunotherapy Revolution” for this cause.