In this feature-length film, Tymoshenko outlines Paul Manafort’s role in her prior illegal imprisonment. 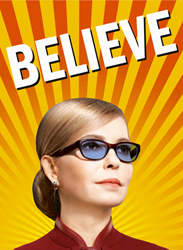 The planet is in a state of peril, and we present Tymoshenko as a candidate who thinks in terms of reforms that can truly change the world and unite people in combating the refugee crisis, wars, dictatorships and corruption on a global scale.

Lambert says, “The planet is in a state of peril, and we present Tymoshenko as a candidate who thinks in terms of reforms that can truly change the world and unite people in combating the refugee crisis, wars, dictatorships and corruption on a global scale. We want to raise the consciousness of people in the U.S. regarding this amazing woman and leader, who will implement a new democratic direction for Ukraine and fight for human rights with radical reforms.”

She also believes that Yulia Tymoshenko, who twice held the position of Prime Minister of Ukraine, has become a symbolic leader who fights for progressive and innovative reforms in every field.

Tymoshenko has said that she wants Ukraine to become a laboratory for saving the planet, gathering world leaders around one table to discuss the future of a world in crisis, find global solutions and act on them.

She is well-known for pulling Ukraine out of an energy crisis in the early 2000s. Tymoshenko was imprisoned for 42 days under false pretenses and has since removed the oligarchs from power in the energy sector.

In 2010, Tymoshenko was imprisoned again due to her uncompromising position against the oligarchs. In the film, she outlines how Paul Manafort had a hand in her incarceration.

Tymoshenko was offered asylum in any other country to protect her life, freedom and her family, but she refused to leave.

In April 2013, the European Union Court of Human Rights issued its statement that Yulia Tymoshenko’s arrest was illegal and politically motivated, and it was the result of unlawful actions of prosecutors and judges. After the Yanukovych regime collapsed, the Supreme Court of Ukraine stated that Yulia Tymoshenko acted in the interest of Ukraine and never broke the law, and the case was dismissed. Her defense lawyer was Amal Clooney.

Currently, Tymoshenko is continuing to strive for her goal to create positive changes and to make her country one of greatness that is the most welcoming place for all Ukrainians to live. She wants to put an end to the war, on which current President Poroshenko has profited.

Tymoshenko states in her campaign speeches, “I believe in Ukraine.”

Lambert says, “It has been my dream now for more than ten years to film Yulia. Much of my work as a filmmaker has been focused on Woman as the Protagonist. I have worked with Madonna, Hillary Clinton, Janet Jackson, Jodie Foster, Ellen Barkin, Annie Lennox, Barbara Boxer, Elizabeth Moss, Whitney Houston, to name a few, and, for me, Yulia is a true hero.”
Lambert feels strongly that Tymoshenko is a powerful advocate for pro-Western values and that only she, because of her personal history and struggle, is capable of defending democracy in Ukraine and standing as a buffer against the spread of corruption and authoritarianism.

She adds, “After the release of my documentary, '14 Women'—about the women of the U.S. Senate, which featured then senator, Hillary Clinton—I wanted to make a follow-up film about the subject of women in leadership. My research led me to Yulia and her compelling story, which is a metaphor for the struggles that women face to achieve leadership positions. It’s also an affirmation of something that I truly believe which is that women’s voices are critical to the survival of Planet Earth.”

Film director, producer and editor Shawn Thompson has also joined the project. Thompson is a Beverly Hills Film Festival three-time Best Documentary winner for "Life After Death," "American Caravan" and "The State of Assyria.” Thompson and Lambert previously collaborated together for the Sundance Channel’s "On the Road in America” series. Ukraine-based producer is Christina Kushch Katrakis.

The team is filming on location in Ukraine, focusing on Tymoshenko, as well as Ukrainians who support her candidacy.