Statistics revealed that 1.4 million crashes in New Jersey were linked to distracted driving, said a report. Wanting to help curb the number, Stisim Drive recommended to the public the driving simulation training. 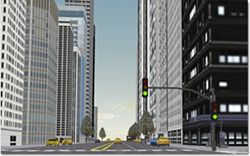 Stisim Drive asserted that it systems are the best. It's for the reasons that they are cost-effective, reliable and were engineered for twenty-five years.

Distracted driving has always been linked to various road accidents. In New Jersey, statistics showed that it was connected to 1.4 million crashes in the past decade, a post from nj.com related. In response to it, Stisim Drive suggested the driving simulation training to the public to help decrease the number of untoward driving incidents.

The post, which was published on April 14, 2014, stated that the 1.4 million crashes related to inattention while behind the wheel occurred from 2004 up to 2013. On that period, it detailed that 1,600 deaths were also recorded to be related to distracted driving.

In response to the high number, the report relayed that the state launched the new Division of Highway Traffic Safety program to decrease the driving inattention tendencies. As it detailed, through it, 60 New Jersey police departments were given $5,000 each to set up checkpoints and increase patrols.

"And during that same period, more than 1,600 people were killed in car crashes where driver inattention was a major contributing factor.”

According to Stisim Drive, distracted driving is indeed a very common cause of road injuries and even loss of lives. But though drivers know that, it stated that many still give-in to dialing, texting, calling and using of gadgets while driving. And so, wanting to help the public avoid those habits and be safer while behind the wheel, it recommended to everybody the driving simulation training.

Stisim Driver said that with the help of a driving simulator, one could get a clear view of the danger that driving while distracted presents. As it explains, that's because the machine virtually re-creates the environment of distracted driving.

In addition, the company said that the driving simulation systems also re-create other on-the-road scenes. The practice on those scenarios, it stated, prepares drivers to any untoward incidents. Particularly, it teaches them the right things to do during those instances, it cited.

However, of all the driving simulators, Stisim Drive asserted that it systems are the best. It's for the reasons that they are cost-effective, reliable and were engineered for twenty-five years, it stated.

Moreover, it said that their driving simulation software, which is the Stisim Drive Software, is capable of providing any of its users' need. And as it explained, that's because it is open, programmable and expandable.

For more information about Stisim Drive and its products, the company invites everyone to visit its website at stisimdrive.com.