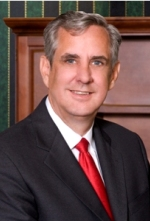 Naperville DUI lawyer Donald Ramsell is pleased to announce that he will present at the Illinois State Bar Association’s Traffic and DUI Seminar on October 10.

DuPage DUI lawyer Donald J. Ramsell of Ramsell & Associates, LLC is pleased to announce that he will present at the Illinois State Bar Association’s Traffic and DUI Seminar on October 10.

The fall update program held on October 10 at Harper College will allow Illinois attorneys to earn professional credits towards their annual continuing legal education requirements. The program will focus on complex issues occurring in traffic law and DUI courts throughout the state and will touch on new case law and DUI legislation mandated by the Illinois General Assembly.

DuPage DUI lawyer Donald J. Ramsell will present during a portion of the seminar called “Jury Selection in DUI / Misdemeanor Cases”. Ramsell’s segment examines the jury selection process in DUI and misdemeanor cases and will include a discussion on the pros and cons of a six-jury panel vs. a twelve-jury panel.

Ramsell has extensive prior experience presenting at DUI and criminal defense seminars around the country. Most recently this year, Ramsell has presented at the NACDL & NCDD’s 18th Annual “DWI Means Defend with Ingenuity” seminar, the National College for DUI Defense’s Summer Session held on the property of Harvard Law School, the 49th Annual Illinois Traffic Conference and MCDAA’s 11th Annual Advanced DUI Defense Seminar in Maryland.

This month, Ramsell was featured in a September cover story for The Chicago Tribune. The article entitled, “DUI Plea Deals Sidestep Mandatory License Loss”, was centered on a recent analysis conducted by the publication which found that special DUI plea deals are regularly cut in Illinois which allow individuals arrested to get around the law and remain behind the wheel.

Ramsell, who has handled over 14,000 DUI cases throughout his career, explained that this argument is harsh as not everyone fits the “cookie-cutter” mold. Ramsell, along with many other criminal defense lawyers knows that when an individual is arrested with a DUI they can have a difficult time being rehabilitated if they lose their license because it is important for them to keep their job and retain the ability to drive to counseling and pay off fines. Additionally this month, WGN Radio and WVON Radio interviewed Ramsell regarding DUI Laws and DUI suspension.

DuPage DUI lawyer Donald Ramsell is a managing partner at Ramsell & Associates, LLC. He concentrates his legal practice on DUI’s, criminal law, drug crimes, felonies, misdemeanors and traffic violations. Ramsell has received numerous accolades for his contributions to the criminal law profession. He was named a 2014 Illinois Super Lawyer, which marks his 8th Super Lawyer designation and was also selected for membership to the Top 100 Trial Lawyers organization in 2011.

Ramsell & Associates, LLC is located in Wheaton, IL. The DuPage criminal law firm has handled over 14,000 cases since its establishment in 1986. If you are facing criminal charges and would like to work with an experienced criminal lawyer call 1-800-DIAL-DUI or fill out the online contact form for a free initial case review.