The goal is to jointly develop improved food security crops. 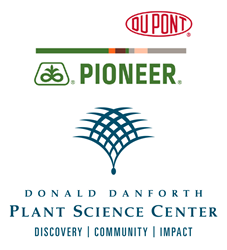 The suite of technologies DuPont Pioneer is providing to the project is revolutionary. Adapting it to cassava and other food security crops such as teff, sorghum and millets provides exciting new possibilities for enhancing food security.

Under the terms of the agreement, DuPont Pioneer will provide the Danforth Center access to its intellectual property (IP), technology capabilities and scientific expertise related to methods for using CRISPR-Cas advanced plant breeding technology for creating new varieties of improved food security crops with enhanced native traits. Technology access includes developmental genes which facilitate the production of gene-edited plants. DuPont Pioneer is a business unit of the Agriculture Division of DowDuPont™.

“When used in combination with some of DuPont Pioneer’s proprietary methodologies, CRISPR-Cas opens up so many possibilities for agricultural improvement that were previously unattainable,” said Neal Gutterson, vice president, Research & Development for DuPont Pioneer. “We’re excited to be working with scientists from the Danforth Center to put that promise into action for the benefit of farmers who need it the most.”

“The suite of technologies DuPont Pioneer is providing to the project is revolutionary,” said Nigel Taylor, Ph.D., associate member and Dorothy J. King Distinguished Investigator, Danforth Center. “Adapting it to cassava and other food security crops such as teff, sorghum and millets provides exciting new possibilities for enhancing food security, nutrition and economic stability for smallholder farmers and their families.”

DuPont Pioneer is applying CRISPR-Cas as an advanced plant breeding tool to develop seed products for greater environmental resiliency, productivity and sustainability. It has defined CRISPR-Cas guiding principles, which include helping enable others wanting to develop agricultural products using CRISPR-Cas. DuPont Pioneer previously announced the formation of a similar public/private partnership with the International Maize and Wheat Improvement Center (CIMMYT).

The Danforth Center is applying CRISPR-Cas technology to staple food crops such as cassava and sorghum to produce planting materials with improved disease resistance, nutritional value and enhanced resilience to biotic stresses. Gene editing also is being employed as a powerful tool to increase understanding of the biology of these underserved, but vital crop plants. Through collaboration with African scientists, the Danforth Center is committed to delivering the benefits of gene editing to farmers and breeders in Africa. Combining developmental genes with CRISPR-Cas will significantly accelerate these efforts.

Additional details of the agreement were not disclosed.

Learn more about CRISPR-Cas at http://crisprcas.pioneer.com

Founded in 1998, the Donald Danforth Plant Science Center is a not-for-profit research institute with a mission to improve the human condition through plant science. Research, education and outreach aim to have impact at the nexus of food security and the environment, and position the St. Louis region as a world center for plant science. The Center’s work is funded through competitive grants from many sources, including the National Institutes of Health, U.S. Department of Energy, National Science Foundation and the Bill & Melinda Gates Foundation. Follow us on Twitter at @DanforthCenter.

DowDuPont Agriculture, a business division of DowDuPont (NYSE: DWDP), combines the strengths of DuPont Pioneer, DuPont Crop Protection and Dow AgroSciences. Together, the Agriculture division provides growers around the world with the most complete portfolio in the industry, developed through a robust research pipeline across germplasm, biotech traits and crop protection. DowDuPont Agriculture is committed to delivering innovation, helping growers increase productivity and ensuring food security for a growing global population. DowDuPont intends to separate the Agriculture division into an independent, publicly traded company. More information can be found at http://www.dow-dupont.com.

This communication contains “forward-looking statements” within the meaning of the federal securities laws, including Section 27A of the Securities Act of 1933, as amended, and Section 21E of the Securities Exchange Act of 1934, as amended. In this context, forward-looking statements often address expected future business and financial performance and financial condition, and often contain words such as “expect,” “anticipate,” “intend,” “plan,” “believe,” “seek,” “see,” “will,” “would,” “target,” similar expressions, and variations or negatives of these words.

On December 11, 2015, The Dow Chemical Company (“Dow”) and E. I. du Pont de Nemours and Company (“DuPont”) announced entry into an Agreement and Plan of Merger, as amended on March 31, 2017, (the “Merger Agreement”) under which the companies would combine in an all-stock merger of equals transaction (the “Merger Transaction”). Effective August 31, 2017, the Merger Transaction was completed and each of Dow and DuPont became subsidiaries of DowDuPont Inc. (“DowDuPont”). For more information, please see each of DowDuPont’s, Dow’s and DuPont’s latest annual, quarterly and current reports on Forms 10-K, 10-Q and 8-K, as the case may be, and the joint proxy statement/prospectus included in the registration statement on Form S-4 filed by DowDuPont with the SEC on March 1, 2016 (File No. 333-209869), as last amended on June 7, 2016, and declared effective by the SEC on June 9, 2016 (the “Registration Statement”) in connection with the Merger Transaction.

Forward-looking statements by their nature address matters that are, to different degrees, uncertain, including the intended separation of DowDuPont’s agriculture, materials science and specialty products businesses in one or more tax efficient transactions on anticipated terms (the “Intended Business Separations”). Forward-looking statements are not guarantees of future performance and are based on certain assumptions and expectations of future events which may not be realized. Forward-looking statements also involve risks and uncertainties, many of which are beyond the company’s control. Some of the important factors that could cause DowDuPont’s, Dow’s or DuPont’s actual results to differ materially from those projected in any such forward-looking statements include, but are not limited to: (i) successful integration of the respective agriculture, materials science and specialty products businesses of Dow and DuPont, including anticipated tax treatment, unforeseen liabilities, future capital expenditures, revenues, expenses, earnings, productivity actions, economic performance, indebtedness, financial condition, losses, future prospects, business and management strategies for the management, expansion and growth of the combined operations; (ii) impact of the divestitures required as a condition to consummation of the Merger Transaction as well as other conditional commitments; (iii) achievement of the anticipated synergies by DowDuPont’s agriculture, materials science and specialty products businesses; (iv) risks associated with the Intended Business Separations, including those that may result from the comprehensive portfolio review undertaken by the DowDuPont board, changes and timing, including a number of conditions which could delay, prevent or otherwise adversely affect the proposed transactions, including possible issues or delays in obtaining required regulatory approvals or clearances related to the Intended Business Separations, disruptions in the financial markets or other potential barriers; (v) the risk that disruptions from the Intended Business Separations will harm DowDuPont’s business (either directly or as conducted by and through Dow or DuPont), including current plans and operations; (vi) the ability to retain and hire key personnel; (vii) potential adverse reactions or changes to business relationships resulting from the completion of the merger or the Intended Business Separations; (viii) uncertainty as to the long-term value of DowDuPont common stock; (ix) continued availability of capital and financing and rating agency actions; (x) legislative, regulatory and economic developments; (xi) potential business uncertainty, including changes to existing business relationships, during the pendency of the Intended Business Separations that could affect the company’s financial performance and (xii) unpredictability and severity of catastrophic events, including, but not limited to, acts of terrorism or outbreak of war or hostilities, as well as management’s response to any of the aforementioned factors. These risks, as well as other risks associated with the merger and the Intended Business Separations, are more fully discussed in (1) the Registration Statement and (2) the current, periodic and annual reports filed with the SEC by DowDuPont and to the extent incorporated by reference into the Registration Statement, by Dow and DuPont. While the list of factors presented here is, and the list of factors presented in the Registration Statement are, considered representative, no such list should be considered to be a complete statement of all potential risks and uncertainties. Unlisted factors may present significant additional obstacles to the realization of forward-looking statements. Consequences of material differences in results as compared with those anticipated in the forward-looking statements could include, among other things, business disruption, operational problems, financial loss, legal liability to third parties and similar risks, any of which could have a material adverse effect on DowDuPont’s, Dow’s or DuPont’s consolidated financial condition, results of operations, credit rating or liquidity. None of DowDuPont, Dow or DuPont assumes any obligation to publicly provide revisions or updates to any forward-looking statements regarding the proposed transaction and intended business separations, whether as a result of new information, future developments or otherwise, should circumstances change, except as otherwise required by securities and other applicable laws.

®, ™, SM Trademarks and service marks of DuPont, Pioneer or their respective owners.