The popular program will highlight the importance of Elder Law. 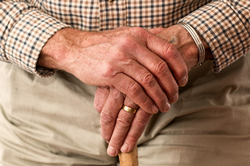 The program will feature some experts in the field who can discuss the necessity of the specialization and how it continues to evolve.

The popular actor from iconic TV series and movies such as the John Wick series also serves as a host for educational content. Laurence Fishburne is the voice of the popular series "Behind The Scenes." This is a program that seeks to educate its viewers on some of the most important issues facing the country and the world today. The show has focused on numerous issues over the years and one of the upcoming episodes is going to target the importance of elder law.

Elder law has become an important topic for countless families over the past few decades. As someone starts to age, their mental faculties and physical abilities often begin to fade. Furthermore, chronic health problems can further deprive these individuals of their abilities to make complicated decisions. These issues often lead to underrepresentation when making complicated decisions regarding their health, their will, and the future of their estate. It also means that they're a more vulnerable population that could be taken advantage of.

Attorneys who specialize in Elder Law seek to help represent these individuals and groups with a keen perspective on what their clients need. The program will feature some experts in the field who can discuss the necessity of the specialization and how it continues to evolve.

"Behind The Scenes" with Laurence Fishburne is a popular show that is carefully reviewed to ensure that it meets the highest of standards prior to broadcast. It has been the recipient of numerous awards and accolades in recognition of its work.