Bronze awards in the “How-To/Instructional” category went to Erin Manning Media this year at the 2013 Telly Awards, for three videos she produced last year for her clients. 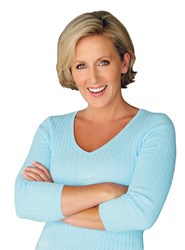 Not every video for a client has won a Telly, but I produce every video to have the best possible shot at one.

Bronze awards in the “How-To/Instructional” category went to Erin Manning Media this year at the 2013 Telly Awards, for three videos she produced last year for her clients. This will bring Erin Manning’s total Telly Award count to sixteen. In all, her videos have won thirteen bronze, two gold (for lifetime achievement), and one silver.

The Telly Awards have a different system for recognizing quality local, regional, and cable TV commercials and programs, video and film productions, and web commercials, videos and films. The entries are not pitted against each other, but instead each work is judged by its own merits by previous Silver Telly award winners. Only if the piece is rated high enough, will it earn a bronze or silver award.

This year, the Erin Manning videos that won Bronze Tellys were The Storyteller App for Crystal Cruises, How to Take Better Vacation Photos and Videos for SanDisk, and Creative Birthday Invitation Photos Using the Westcott Illusions Erin Manning Creation Kit for F.J. Westcott. Shooting/editing was done by Wes Malkin of Biscayne Productions. Manning wrote, produced, and hosted all three videos.

About the production process, Manning said, “Discovering what a client needs is different for each video. For Crystal Cruises, I worked with their ad agency on the script, but with SanDisk I collaborated with their PR department. At F.J. Westcott Company, I consulted directly with their marketing team and then created educational content to accompany my branded photo kits.”

Manning says, “Not every video for a client has won a Telly, but I produce every video to have the best possible shot at one.”

About Erin Manning:
Erin Manning is a professional photographer, teacher, and television personality living in Los Angeles, California. She helps people understand photography and technology by translating technical mumbo-jumbo into everyday words and by facilitating learning with a clear, friendly teaching style. For her professional work, she specializes in lifestyle imagery for clients such as AT&T, Bank of America, Disney, various lifestyle magazines, healthcare organizations and individuals.

About the Telly Awards
Founded in 1978, the Telly Awards is the premier award honoring outstanding local, regional, and cable TV commercials and programs, as well as the finest video and film productions, and web commercials, videos and films. The Telly Awards annually showcases the best work of the most respected advertising agencies, production companies, television stations, cable operators, and corporate video departments in the world. The Telly Awards is a widely known and highly respected national and international competition and receives over 11,000 entries annually from all 50 states and many foreign countries.

About Crystal Cruises
Crystal Cruises is a luxury cruise line notable for its two medium-sized, high-end ships, Crystal Symphony and Crystal Serenity, which each hold about 1,000 guests. More than any other cruise line, hotel, or resort in history, Crystal has been voted world’s best by readers of Travel + Leisure and Condé Nast Traveler.

About the FJ Westcott Company
The F.J. Westcott Company is an industry-leading producer of photography and video lighting products, headquartered in Maumee, Ohio. With roots dating back to 1899, F.J. Westcott pioneered the photography light control industry, and today offers a complete portfolio of lighting equipment, light modifiers, backgrounds and accessories to professionals, enthusiasts and consumers.