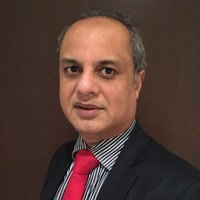 My endeavor would be to help the company realize its vision of becoming the go-to capital provider in the alternative real estate space by building an awareness of its offering among global investors looking for reliability and quality. - Anindya Roychowdhury

Fairway America is proud to announce and welcome Anindya Roychowdhury as the company’s Chief Operating Officer. He will start in his new role on October 21, 2019, in Fairway America’s Portland, Oregon office.

Anindya joins the Fairway America team after over 17 years at KPMG in their India and Middle East offices, and he has a total of 25+ years’ experience negotiating, capital raising and bringing global and local companies together. Much of his career has been spent in leadership roles starting up profit centers and building cross-functional teams while growing them into market leaders in different geographies.

His key achievements and roles include: founding and growing KPMG’s Deal Advisory service line in Kuwait; establishing the Media & Entertainment vertical (now a major revenue line) in KPMG’s India practice; setting up the Project Advisory Division at Larsen & Toubro’s financial services subsidiary, L&T Finance (one of India’s largest conglomerates with revenues of $17 billion); and working as COO of KPMG Deal Advisory’s Saudi, Kuwait and Jordan cluster, functionally reporting to the Global COO. Anindya has also worked as a Vice President at AIA Capital, the Hong Kong-based investment banking subsidiary of AIG Inc., and as a Manager in India’s premier development bank, IDBI.

As an industry thought leader, Anindya has been interviewed and featured in publications and broadcasts with TIME, CNN, CNBC, BBC Financial Times, New York Times and International Herald Tribune. He holds a CGMA degree from CIMA (UK) and AICPA (USA), a CMA degree from CIMA (UK), an ACA degree from the Institute of Chartered Accountants of England & Wales and a bachelor’s degree with a major in economics from the prestigious Presidency College, Calcutta University in India.

“I’m ecstatic to have someone of Anindya’s caliber joining our firm. His credentials are impeccable, and his network is expansive. As we continue to expand our real estate private equity business, the addition of Anindya will help fuel the pace at which we are able to grow.”
−Matt Burk, Fairway America CEO

In his new role, Anindya will focus on expanding Fairway’s global and domestic institutional investor and client base, creating and growing the company’s real estate investment banking practice, and negotiating high-level joint ventures and other strategic alliances. He will play a senior leadership role in setting and executing strategy, particularly around capitalization of Fairway’s funds, syndications and managed accounts.

“I am thrilled to join Fairway’s dynamic team and become part of its exciting growth story. My endeavor would be to help the company realize its vision of becoming the go-to capital provider in the alternative real estate space by building an awareness of its offering among global investors looking for reliability and quality.”
−Anindya Roychowdhury