In honor of Mother’s Day, Fertility Centers of Illinois provides a current snapshot of present-day motherhood. 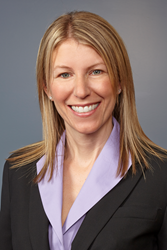 When you look at what it was like to be a first-time mother in the past, it is significantly different now. It’s not just delaying childbearing and focusing on career, some women are also choosing not to marry and others are freezing eggs.

Approximately 4.1 million women became new mothers this past year, and more than 85 million mothers will be celebrated this coming Mother’s Day.

Since Mother's Day became an official holiday in 1914, the profile of a modern mother has changed drastically – and the statistics prove it. Women are delaying childbearing, avoiding marriage, freezing their eggs, and utilizing fertility technology and using donor eggs to have children.

“When you look at what it was like to be a first-time mother in the past, it is significantly different now,” explains Dr. Eve Feinberg of Fertility Centers of Illinois. “It’s not just delaying childbearing and focusing on career, some women are also choosing not to marry and others are freezing eggs.”

1.    The modern mother may have conceived using in vitro fertilization (IVF).

IVF is responsible for over five million babies born since its inception. According to the latest findings from the Society for Assisted Reproductive Technology, 61,740 babies were born as a result of IVF or other fertility procedures in 2012, the highest number in history so far.

2.    The modern mother is familiar with fertility treatment.

Approximately one or two of every 100 babies born in the U.S. is born as a result of advanced fertility treatments.

3.    The modern mother may have children from donor eggs.

4.    The modern mother may have frozen her eggs for future use.

Women choosing to freeze eggs and stop the biological clock continues to grow in popularity, particularly since the American Society of Reproductive Medicine removed the experimental label from the procedure in 2013. Doctors estimate that over 5,000 babies have been born with eggs frozen for fertility preservation.

According to the National Marriage Project at the University of Virginia, 48 percent of all first-time births in the United States are now to unmarried women.

When mothers with children under age 18 were asked whether they would prefer to work full time, Pew Research found that mothers preferring full-time work has grown to 32 percent in 2012 from 20 percent in 2007.

Pew Research recently found that the number of stay-at-home rose to 29 percent, up from 23 percent in 1999.

Fertility Centers of Illinois is one of the leading fertility treatment practices in the United States, providing advanced reproductive endocrinology services in the Chicago area for more than 30 years. FCI physicians, embryologists and support staff are stringently chosen based on educational background, medical skills and their ability to collaborate. With a team of 11 nationally and internationally recognized reproductive physicians who treat thousands of patients each year, the practice has earned a reputation for overcoming hard-to-solve fertility issues. FCI is dedicated to medical and clinical excellence and continues to invest in the latest technologies and research. FCI offers a comprehensive range of fertility treatment options including intrauterine insemination, in vitro fertilization, donor egg, gestational carrier, and preimplantation genetic diagnosis, as well as extensive resources to address financial and emotional needs. Fostering a culture for continuous innovation has made FCI home to the annual Midwest Reproductive Symposium which attracts experts in the field of reproductive endocrinology from around the world. FCI has 10 offices conveniently located throughout the Chicagoland area (Buffalo Grove, Chicago/River North, Crystal Lake, Glenview, Highland Park, Hoffman Estates, Lindenhurst, Warrenville, Oakbrook Terrace, and Orland Park). FCI is a member of the Attain Fertility Network which provides discounted fertility treatment programs. For more information, visit http://www.fcionline.com.