Dreams can come true with FootballCV’s legendary football trials; the next one takes place in Greater Manchester in September 2013. 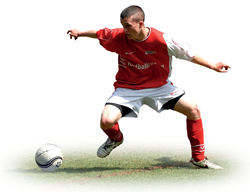 We're really excited about the Stalybridge trials giving more young people the chance to demonstrate their skills and abilities.

For many aspiring footballers, the chance to play their favourite sport at a top professional ground in front of scouts and managers from clubs all over the UK, is a dream come true; FootballCV helps that dream come true and enables young players to experience the thrill of taking part in an open trial in front of scouts and managers from the premiership, football league and non-league clubs in the UK.

Tom Fehler from FootballCV explains: “Our trial days are open to players of all ages; we hold an average of 35 events during the year at many different venues around London, Birmingham and Manchester areas.

“Since we first started over 12 years ago, we’ve had many success stories; the most recent being Calaum Jahraldo-Martin signing a professional contract with Premier League side, Hull City Tigers.”

The open trials are split into age relevant groups: over 18’s, under 18’s, under 16’s, under 14’s and under 12’s. The player gets to choose the position they want to play for their relevant age group. On the day of the trial they get to play a 45 minute game to show off their talent.

Membership of FootballCV brings with it added benefits such as having an online profile on the FootballCV database which can be viewed by managers and scouts at any time during the year, as well as the chance to play at professional club grounds, enter monthly competitions, receive discounts on merchandise and much more.

As well as running football trials throughout the year, FootballCV also run trials camps during school holidays which are designed to give participants exposure to scouts from professional football clubs along with the opportunity to learn what it takes to be a professional. These camps include visits from a professional player, a nutritionist and a strength and conditioning coach, culminating in a trials day in front of a number of top scouts.