With latest research showing a continuing rise in funeral costs and a 15% to 20% increase in mortality rates, Funeral Planning experts Over50choices launches a new service aimed at helping Over 50s put plans in place to alleviate the financial burden faced by thousands of families across the UK. 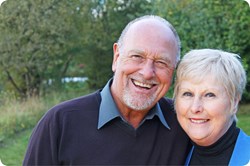 Funeral costs have been rising at an alarming rate, increasing by 80% over the last 10 years from £1,920 in 2004 to the current average of £3,456 and that just covers basic costs. With the addition of flowers, memorial stones, catering and estate administration; the average cost of dying stands at a whopping £7,622; not an easy sum of money for anyone to lay their hands on.

For families on the lowest incomes, help is currently on hand in the form of the Social fund funeral payment; a non-repayable Government grant that pays out an amount of money to help with funeral costs, however the scheme which was first introduced in 1988 is woefully lacking; outdated, overly complex, difficult to obtain, likely to come with a shortfall of £1,277 and unsustainable given the projected rise in mortality rates.

Speaking about the new service, Managing Director Ashley Shepherd said, “Arranging and paying for a funeral is a fact of life we can’t escape from so we need to put plans in place that protect our families from financial and emotional hardship. Thousands of people each year are finding themselves in debt or under financial stress as a result of the death of a relative; debt that in many cases could have been avoided had plans been put in place beforehand and with the range of payment options available these days, it doesn’t have to break the bank”.

A prepaid funeral plan is a way of paying for a funeral in advance at today’s prices, guaranteeing funeral directors costs and avoiding the impact of future inflation. The new telephone and online service on offer through Over50choices gives customers the opportunity to compare funeral plans, talk through the various market leading options available and choose the best plan based on their needs and most importantly price.

“If you are thinking of putting funeral plans in place, it is important to act now,” Ashley goes on to say. “Many funeral plan providers have already increased their prices and the rest are expected to follow; in fact you could save up to £500 if you buy before the 1st April.”

Funeral plan providers have made great inroads into providing affordable, easily accessible prepaid funeral plans attracting a much wider audience; with payment options from just £16.79 per month for basic services and £21.41 for funeral costs including third party expenses.

With sales of these types of plans increasing by 12%, their popularity is growing but more needs to be done to raise awareness of the options available if the nation hopes to stem the potential funeral cost meltdown.