Funeral planning experts Over50choices campaign for the 2015 pension changes to include regulation that will help families cope and prepare for the funeral planning time bomb. 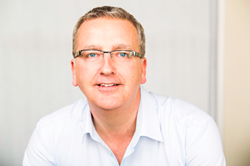 The government has a great opportunity to boost awareness and make prepaid funeral plans more affordable.

With funeral inflation running at over 7% for the last 9 years, the average cost of a funeral is currently £3,425; a figure that could rise to over £6,000 by 2024 resulting in financial hardship for thousands of families across the UK.

Recognising the already real threat many people face when it comes to paying for soaring funeral costs, Ashley Shepherd, Managing Director at leading Over 50s comparison site Over50choices calls for the government to make further changes to the way pension pots can be accessed and be used to include tax relief on prepaid funeral plans.

Speaking about the initiative, Ashley said, “Here is an opportunity for the government to help support the one event in life that we all face, our own death. By introducing tax relief on funeral plans that are bought using the proceeds of a retiree’s pension pot, more people will put plans in place to cover the inevitable, relieving families, not to mention the state from potential future financial burden.”

The only help available at present is in the form of a Funeral Payment from the Social Fund; a service with stringent eligibility criteria that is only available to individuals on receipt of certain benefits and then only covers basic funeral costs, which is why many resort to credit cards as the only way of covering the expense.

With 860,000 funeral plans in existence, the industry regulators the Funeral Planning Authority reported that 135,000 were sold last year, pre-planning is becoming more common place, however with over 22 million people over the age of 50 in the UK, these figures despite being encouraging are still woefully low.

Ashley goes on to say, “Offering tax relief on a prepaid funeral plan could save families between £600 to £1600, not a small amount of money by any stretch of the imagination. Not only will a scheme like this result in people becoming better prepared, it will also raise an incredible amount of awareness of the benefits of planning, highlighting that people can and should pre-arrange their funeral.”

Designed to cover the Funeral Director’s charges at time of need, when ever that may be; a prepaid funeral plan lets you freeze funeral costs at today’s prices therefore avoiding the impact of ongoing inflation. In addition they can also provide invaluable support to the family, easing the pressure by removing some of the painful decision making process associated with making funeral arrangements.

Historically prepaid funeral plans haven’t been part of main stream financial planning however the world is changing and more financial advisors are including them as part of their recommendations.

Of course it doesn’t help that as a nation, we are particularly bad at talking about death even though it is the one thing we all have in common, so perhaps a move like this will help the government influence and shape our culture to catch up with our European counterparts who tend to be more accepting when it comes to funeral planning.