The Garth Brooks 2015 World Tour has already staged multiple shows in a few dozen cities throughout North America over the course of the last 10 months. Leg 2 of the North American tour is officially set to wrap with two consecutive shows at the smoothie King Center in New Orleans in early July, and fans can find tickets to these concerts now at TicketProcess.com. 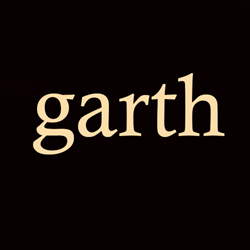 Brooks took a long hiatus from live touring just after the turn-of-the-century in order to tend to his duties as a father. Having seen his youngest kid off to college last year, Brooks soon realized he was ready to take to the road again. He set the bar for himself very high while touring several times throughout the 1990s and staking his claim as one of the single greatest country music entertainers of all time. Amazingly, he has not aged one day or missed one beat.

He is joined on tour by wife Tricia Yearwood, and their long and impressive concert set list showcases the strengths of both of the powerful performers. The concerts dates are July 10 and July 11, although there is already speculation and rumors that Brooks will play more than two NOLA shows.

What is certain now is that these two shows are in place and will serve as the conclusion of what has been an amazing tour, captivating Brooks fans of all ages. Reviews on Internet and social media sites have been overwhelmingly positive and celebratory, and many fans have been compelled to see him more than once in cities such as Denver back in March. Garth Brooks fans can now purchase tickets beginning online today at TicketProcess.com.