AAdvantage Members Will Earn 500 Miles for GroundLink rides, through September 1 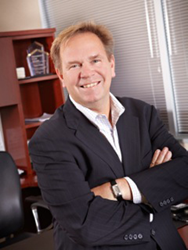 GroundLink's partnership with American is a natural fit. No matter where AAdvantage members are traveling, they will have access to a reputable global car service with professional, licensed drivers and the industry’s only on-time guarantee.

GroundLink (http://www.groundlink.com), a global black car service operating in 110 countries, announced the launch of a partnership with American Airlines (aa.com) and it’s AAdvantage® loyalty program. To kick off the partnership, AAdvantage members who book with GroundLink will earn 500 miles for every ride from July 20th through September 1. After September 1, members will earn 200 miles for each ride.

“GroundLink operates in every major U.S. city and most major cities throughout the world,” said Dean Sivley, GroundLink CEO. “Our partnership with American is a natural fit, as the American Airlines Group operates an average of nearly 6,700 flights to 339 destinations in 54 countries every day. No matter where AAdvantage members are traveling, they will have access to a reputable global car service with professional, licensed drivers and the industry’s only on-time guarantee.”

Note to editors:
Terms and conditions
500 Miles will be earned for every ride booked and taken with GroundLink from July 20, 2014 through September 1, 2014 when the passenger’s AAdvantage number has been provided at the time of the reservation. Reservations must be made through groundlink.com/AAdvantage or over the phone for miles to be earned.

Offer of 500 miles is valid on all rides with GroundLink during the above timeframe for any city that GroundLink provides service. This offer cannot be combined with any other coupon, promotion or offer. Miles will be earned by the passenger whose name is on the reservation only and will be accrued after the ride has been completed.

About GroundLink
GroundLink is a global car service that leverages a proprietary technology platform to provide seamless, reliable and consistent ground transportation for travelers worldwide in most major cities and 110 countries. GroundLink offers a multiple booking platform for its consumer and corporate clients that includes its website (http://www.groundlink.com), it’s iPhone or Android app, and its 24/7 call center (855.463.7150). GroundLink has offices in North America and Europe, with its headquarters in New York, NY. Connect with GroundLink on Twitter @GroundLink and on Facebook.com/GroundLink.

About American Airlines
American Airlines Group (NASDAQ: AAL) is the holding company for American Airlines and US Airways. Together with wholly owned and third-party regional carriers operating as American Eagle® and US Airways Express, the airlines operate an average of nearly 6,700 flights per day to 339 destinations in 54 countries from its hubs in Charlotte, Chicago, Dallas/Fort Worth, Los Angeles, Miami, New York, Philadelphia, Phoenix and Washington, D.C. The American Airlines AAdvantage® and US Airways Dividend Miles® programs allow members to earn miles for travel, vacation packages, car rentals, hotel stays and everyday purchases. Members of both programs can redeem miles for tickets as well as upgrades to First Class and Business Class. In addition, AAdvantage members can redeem miles for vacation packages, car rentals, hotel stays and retail products. American is a founding member of the oneworld® alliance, whose members and members-elect serve nearly 1,000 destinations with 14,250 daily flights to 150 countries. Connect with American on Twitter @AmericanAir and Facebook.com/AmericanAirlines and follow US Airways on Twitter @USAirways.